12-year-old minor driver smashed an expensive car into another vehicle. Why do parents give automobiles to children at an early age?

Traffic rules violations didn’t stop and another news came into the headlines. A 12-year-old minor boy was driving an expensive hybrid car and smashed it into another vehicle at Karachi’s Memon Goth Road, on Thursday.

A video went viral, in which a minor boy can be seen riding an expensive car along with his siblings and smashed it into another running vehicle on road. The accident was due to overspeeding.

The boys can be seen excusing from the owner of another vehicle, they hit. He said his father is a policeman and they are from the Memon Goth area. Later, the owner informed the police at helpline 15. They caught the children afterward.

According to the police, they were freed on the warning not to drive again alone and their parents were advised not to give their children cars, without licenses. Traffic violation cases are increasing day by day. And many accidents happen occasionally due to overspeeding and minor drivers, driving the car. Parents shouldn’t give their children, cars to drive unless they are responsible enough to handle it. 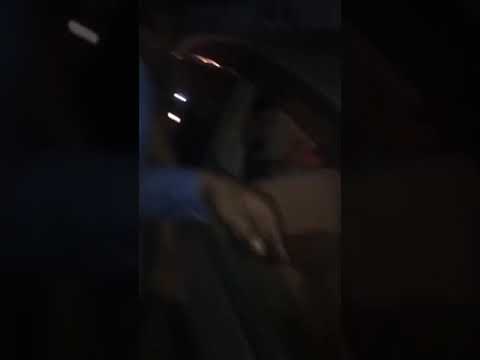 Source: ARY News
What’s your take on it? Let us know in the comment section below.