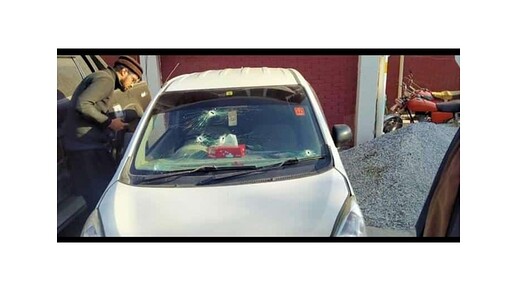 Another heartbreaking incident took place tonight in the federal capital of Pakistan. A 21-year old boy was allegedly shot 22 times. The incident took place at 2 AM on Saturday in G10 while the boy Usama Satti was driving his car. The police told the car to stop but the boy did not stop the car and the police opened fire.
The father of the deceased demanded justice in a recent video telling that the police accepted that this was done by mistake but denied to proclaim it publically. At first, the police said that they were informed that a robbery took place nearby(Paris City) and the person in the car was suspected of this robbery. Then they said that they fired because the car had black mirrors and didn’t stop on the police orders. In short, no inquiry was done and Usama was brutally killed by Islamabad police merely on basis of doubt. The family of the victim expects justice from the prime minister of Pakistan who holds the instinct to make Pakistan a sample of Riyasat-e-Madina. Is this what he calls Riyasat-e-Madina???
#Justice for Usama Satti