3 Men raped a Student for 7 Months

A Female student from Khairpur alleged that 3 men had abused her for more than seven months. And make a video and blackmail this student, so that they can take money. 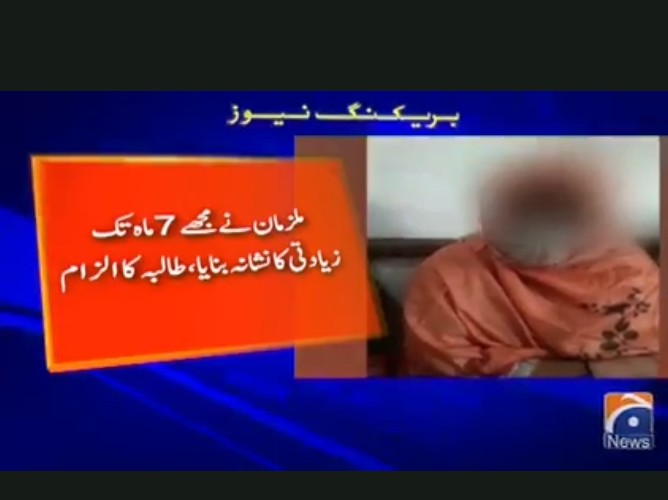 The student contacted the “Women’s Protection Cell” and lodged a complaint against the three men for sexually abusing and blackmailing her for 7 months.

The women said that she has given Rs 7 lakh to these abusive men. And they were still demanding more money.

She demanded the police to arrest the three culprits.

Police have acted on the complaint.
Police said that one person has been arrested. While raids are being carried out to arrest the other two culprits.

Police also said that,
“After confirmation of the incident, the case will be registered in the Women Protection Cell.”

Hopefully, they will both be caught soon. And strict action will be taken against them so that no one else thinks of doing so in future.

I hope they get punishment from the law and society as well !

Why this kind of men don’t die?

They don’t have any liberty to live.

You are right that such people have no right to live.

I hope the culprits are punished!!!