Tanvir Ahmed, a man of Pakistani descent in USA had hell befallen him, when on 16th March 2021 a pair of two illegal Pitbull dogs set loose by their owner viciously attacked his toddler son Aziz Ahmed and wife Shabana Ahmed while she was playing with him in their backyard. Both dogs were put down immediately by authorities. 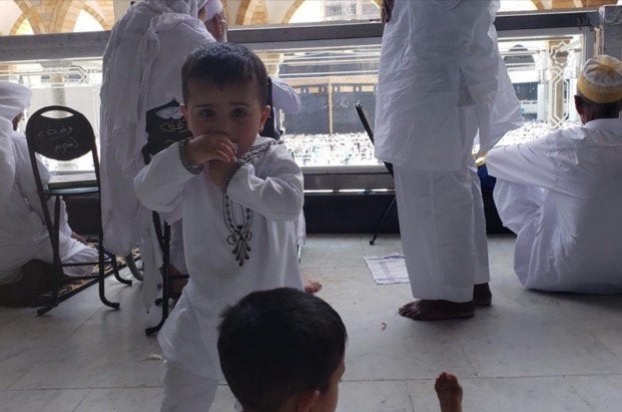 The tragic attack on little Aziz and his mother has shaken the Carteret, NJ, community. They have come together to set up a Gofundme account for grieving family, so that they have no troubles paying for multiple surgeries Shabana Ahmed has gone through, she is still said to be fighting for her life in Intensive Care Unit. 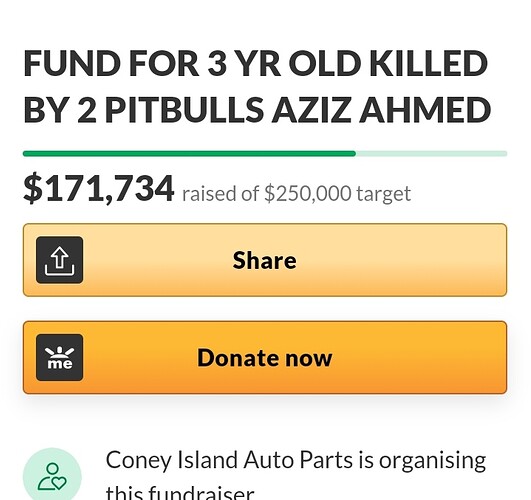 The Gofundme also aims at accruing enough money for Ahmed family to move out of this area after what they have gone through. Currently the donations stand at $171,734 (almost Rs 2.7 crore) while the target is to collect $250,000 (Rs 3.9 crore). You can donate at the following link: 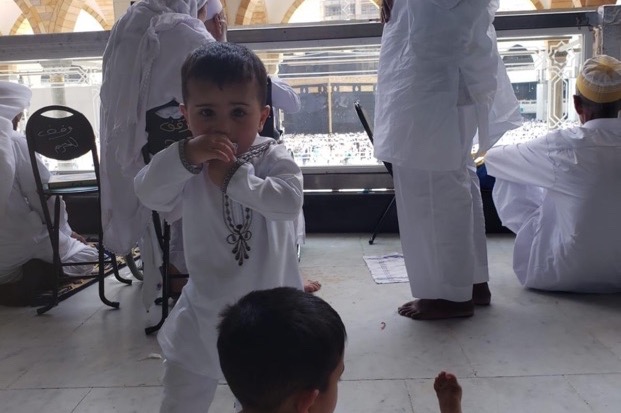 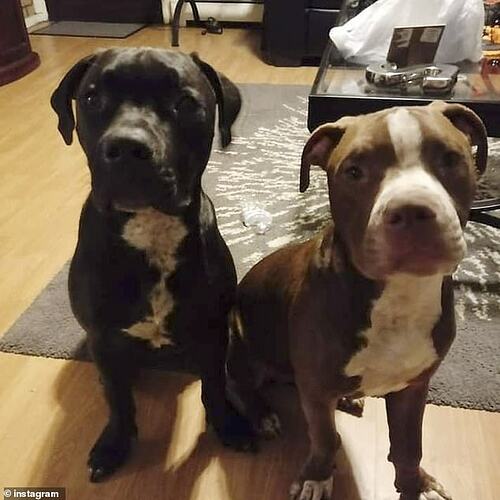 It should be noted that both dogs were unregistered with the town, rendering them illegal. Their owner, though, hasn’t been charged of any criminal count as of yet. Furthermore, the mother, Shabana had gone to him twice previously to request not to let the dogs loose because they were a danger to others, but the owner laughed it off. Not only Shabana, numerous residents of neighbourhood themselves had complained about dogs multiple times in past, always to no avail.

Pitbull is a breed notorious for its unprovoked violent attacks at people, sometimes, even at their own owners. Mainly because it was bred for dog-fighting, the aggressiveness and killing are one its primary traits, the reason it remains banned in many countries (New Zealand, Brazil, Belgium, Canada, France, Finland, Denmark, Poland, Norway, and the U. S. territory of Puerto Rico). The United States government, however hasn’t banned them despite their increasing attacks and fatalities caused across the country.

Statistics have shown Pitbulls are 60 times more likely to attack than other dogs. Various organisations concerned with human saftey in America have demanded the ban on this particular dog breed in past and continue to do so till today, unheard. Perhaps now is the high time to do the right thing.

My heartfelt thoughts and prayers go to Ahmed family. May the almighty ease their pain, ameen.

Why pitbulls haven’t been banned by now is beyond me. This gut-wrenching tragedy could totally have been avoided if the ban was in place on these beasts :’(

I am in 100% agreement with your viewpoint. A ban on them is long overdue. Don’t know what the US government is waiting for.

Ameen. May their pain go away.