4 men, who beat a kid for 5 hours for stealing fruit, arrested by police 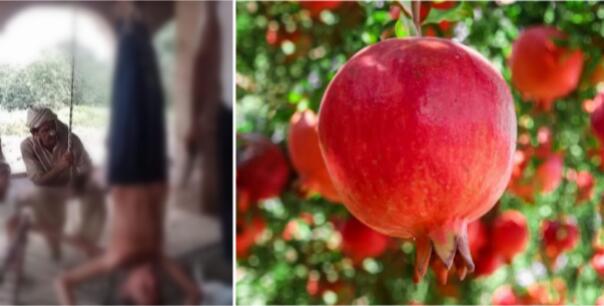 Shujaabad, Multan; Justice is served in the harrowing case of pomegranate grove owner hanging a 9-year-old kid upside down, and beating him continuously for 5 hours. He was only let go after his father paid 3,000 rupees for kid’s freedom. The victim, Sanwal, was caught plucking the fruit from trees by caretaker, but rather than gently scolding him over stealing or informing his parents, caretaker and three other men, including the owner, tortured him in the name of teaching a lesson. 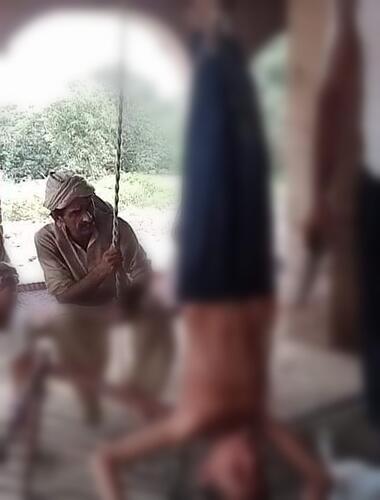 Child’s father, a working class daily-wager, who gave a big portion of his monthly earning as ransom, refrained from going to police, as they mostly favour the rich. The law of nature though, doesn’t. It is unbiased and ruthless, it doesn’t segregate. Something the stone-hearted oppressors tend to forget in their blind power trips, they let their guards down, deeming themselves untouchable. This crime was filmed on mobile camera, and screenshots soon started making rounds on internet.

Of course, it upset the people, there was uproar, there were criticisms, there were condemnations and in the culmination, there was arrest, there was registration of case. All four suspects are in police’s custody, where they await further legal proceedings to be properly penalised. 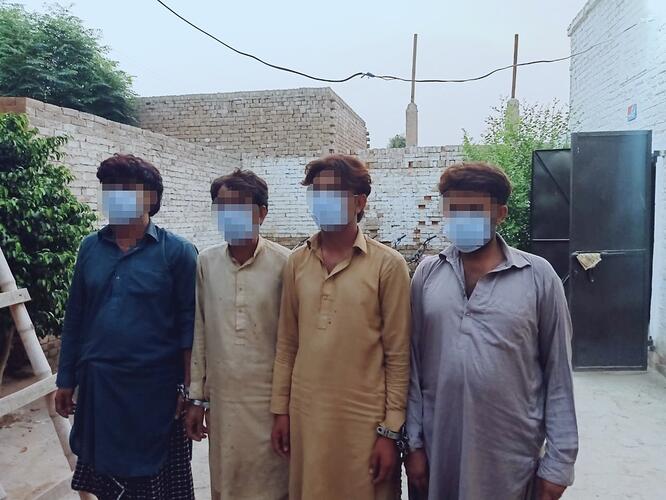 Perhaps, the lesson to take here with the obvious “don’t be cruel toward others” is to never undermine the power of social media and the might of divine justice, for when its hammer falls, it crushes the evil and evil-doers both beyond survival.