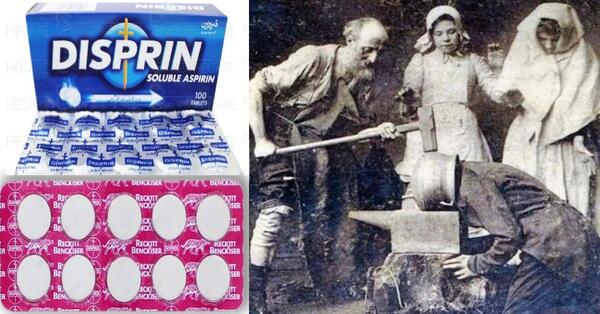 Disprin (Aspirin) and Disprol (Paracetamol) are the dynamic duo of every Pakistani household, you would find them chilling inside every medicine box of an average Pakistani home. A lot of us folks don’t give these lifesavers their due respect because of how cheaply acquirable they are, today we’ll try to alter that mentality by showing what it was like in times before their heroic arrival. It might scar you or scare you or leave you petrified, but it’s important that you know, because #DisprinAndDisprolMatter. 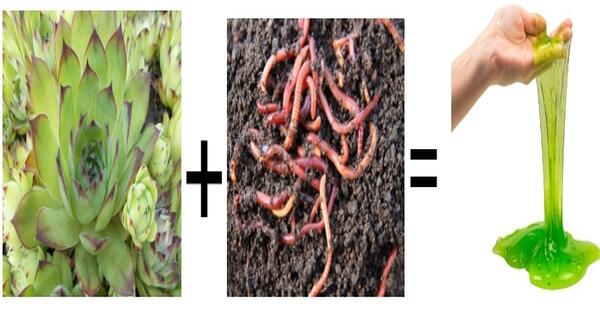 Not its official name but apt considering how end result ends up looking. In this method used in old England of 17th century, houseleek flower and garden worms were ground up together like minced meat on Bakra Eid for seekh kebabs at barbeque (only difference being it was less tasty) and plastered onto headache sufferer’s forehead. What’s the science behind this or if it worked at all I don’t know, all I know is no way in hell I am putting this Satan’s puke on my head. 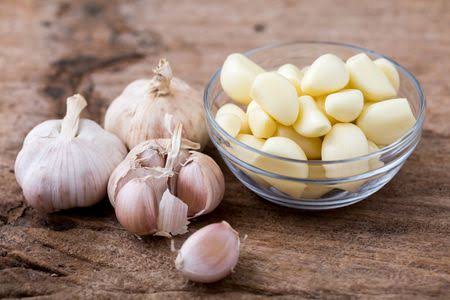 Who amongst us doesn’t love garlic bread? Nobody dislikes it. Only way for that to happen is if garlic was put in your head instead of bread, which is impossible and highly unrealistic… OR is it? Sadly it isn’t, not if you lived in 10th century Spain. Garlic cloves were put inside your head (the temple region) to treat migraines. Now don’t imagine that lest you experience a frantic terror episode straight from the horror flick which spooked you most. 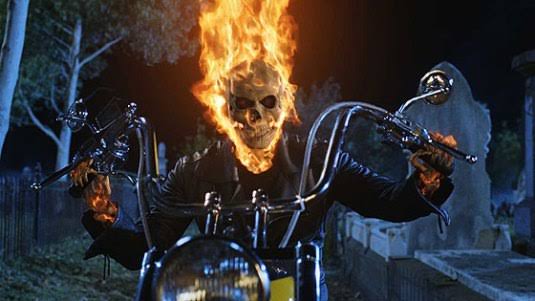 Greeks have gifted humanity with so many cool things i.e. Olympics, advanced mathematics (in two minds about this one), watermill, cartography, cranes. But why o why did they invent this treatment thinking burning the head is a good idea to get rid of headache? Even remotely! I can’t wrap my head around it, probably because it was roasted to obsolescence trying this method for my last migraine. The Greek physician, Arateus of Cappadocia, who found this groundbreaking (also skullbreaking) treatment was a very famous and qualified doctor of his days, it’s inexplicable as to why he’d suggest this. Maybe, he was just a hothead. 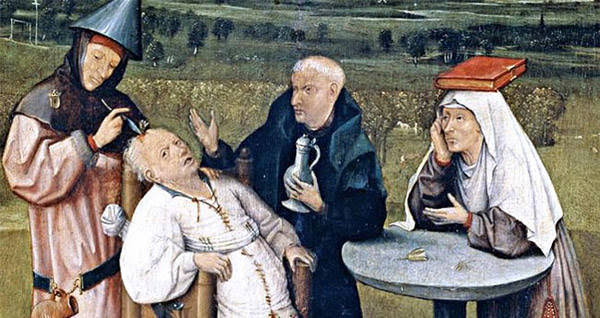 This method, called trepanning, used most successfully in creating Frankenstein’s monster was a popular migraine remedy in 16th century and a less popular (due to unsupportive patient feedback) afterwards until 21st century, when its practice ended (which we are uncertain about, for all we know, a quack somewhere in a faraway corner of the world or even in first world could still be trying it for advancement of medical science). To relieve brain of the pressure, holes were drilled in skulls, it was a revolutionary method for it had astonishingly high effectiveness; patients couldn’t feel the pain anymore, thanks to them being dead following the procedure. 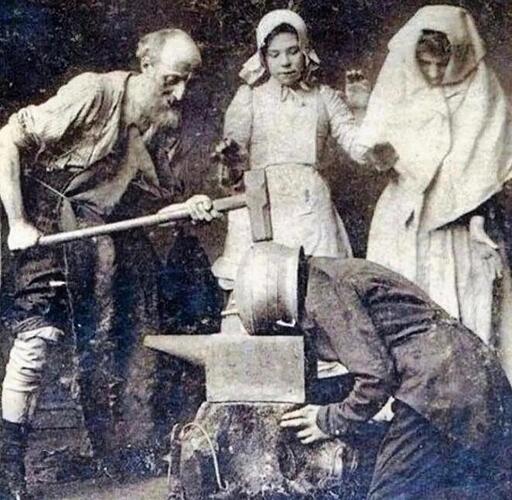 Therapy? What therapy? This looks more like brain extracting method, the step #1 towards preparing a finger-lickingly yummy masala maghaz fry for Sunday brunch. Common in 19th century, for this treatment, patient’s head was inserted in a metallic pot and it was struck with a hammer heavier than Thor’s. The vibrations from strike, if your head was fortunate enough to not be crushed into an omelette, were supposed to pass through it, eliminating the migraine. Contrary to several faux claims, the sledgehammer didn’t strike with full force, it was a light hit, but even a light hit of a tool this big was sufficient to do not-so-light damage permanently. So lesson to take home is, when you see a psychopathic killer in clown makeup running towards you holding a giant hammer, don’t be tense, he is just coming over to treat your headache.

Thanks to pharmacists for making disprin and panadol.