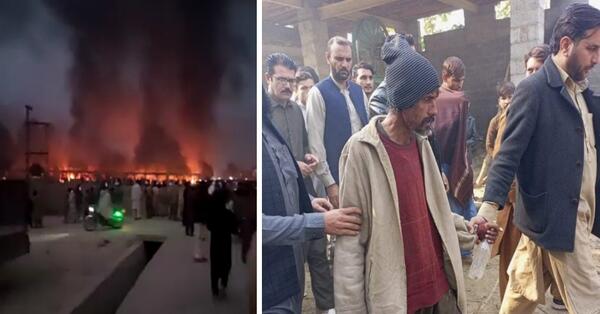 Charsadda, Khyber Pakhtunkhwa; An enraged violent mob in tehsil Tangi’s Mandani town has attacked and burned down local police station after the authorities refused to hand over a blasphemy accused so the crowd couldn’t lynch him. The man in custody, who is alleged for desecration of Holy Quran, is told to be mentally challenged but maddened people wouldn’t listen to any clarification, hence no bid to pacify them has been met with fruitfulness. 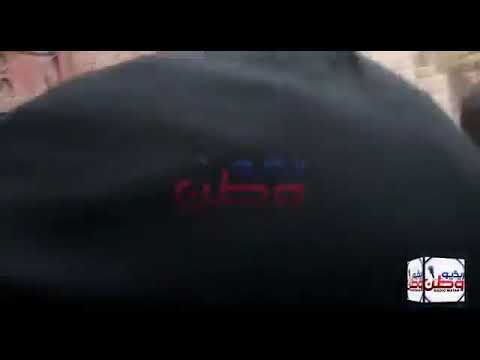 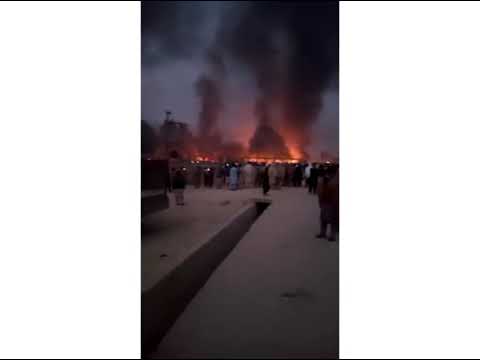 Despite this course of action, situation escalated uncontrollably, protestors blocked Hari Chand boulevard and backups were called by police. Crowd then went completely berserk, going on to burn 4 more stations in different areas of district.

Suspect being escorted to safety 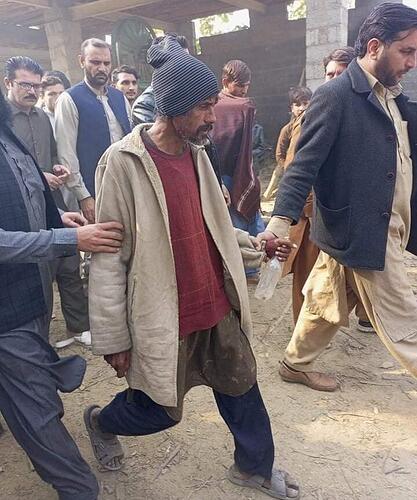 As per final received information, the mob had been headed over to Umerzai Police Station to set it ablaze too, all attempts to control them with the help of conventional methods have resulted in failure, authority superintendents are considering giving carte blanche to personnel on ground, which could mean an issuance of shoot-on-sight order for dealing with ravaging miscreants.