A horrific crime such as rape has been prevalent in our country since a long time. Just a few months ago, a woman was raped in front of her kids on motorway. A post was uploaded few days ago by @Shoaiblasharie on this website, talking about a young teenager raped by a madrassa teacher. He ended up killing himself, when he jumped off the terrace to save himself from the torture. You can read the post here.
Madarsa students raped by his teachers.
And, now, there is a solved case of a 5 year old girl, who was raped by her step-father and then murdered in Faisalabad. The postmortem reports showed that the child had suffered from sexual abuse, and there had been cuts from a sharp object on her body.

The stepfather admitted to his crime, when he was taken in for interrogation by police. He has been arrested. 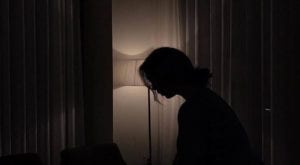 FAISALABAD: Faisalabad police on Monday claimed to have apprehended the stepfather of a five-year-old on charges of raping and murdering…

How tragic for a child to suffer such an abuse at such a young age. How long did it go before it ended? A child is not safe at madrassa, a child is not safe in the place called home, which is supposed to be the safest place for anyone out there. Parents are not to be trusted, teachers are becoming nightmares for children. Such children could have been best at their lives, could have achieved amazing milestones in the future, but their lives were cut short by commitment of such a horrific act. Such sins should bring wrath of Allah upon this country. Such sins should be condemned in every way possible.