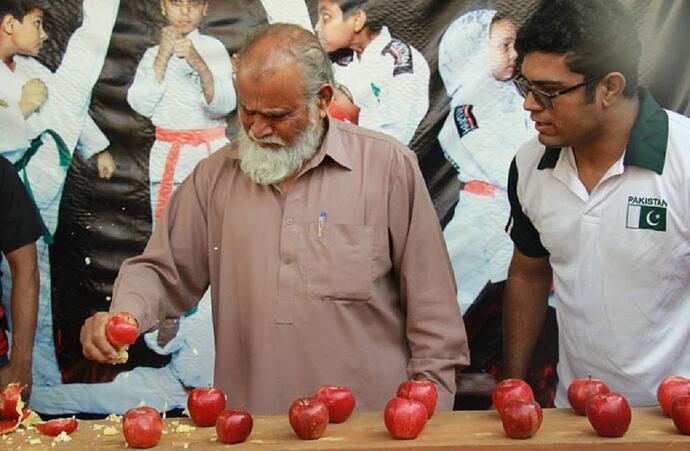 70-year-old blacksmith Naseemuddin from Pakistan has made a Guinness World Record by crushing the most apples with his one hand in one minute. By having his name in the lights, he has become the only oldest man to set this record.

According to details, in the competition with England’s athlete Donnie Baxter’s who crushed 13 apples, this old man surpassed him by crushing 18 apples with one hand in 60 seconds. 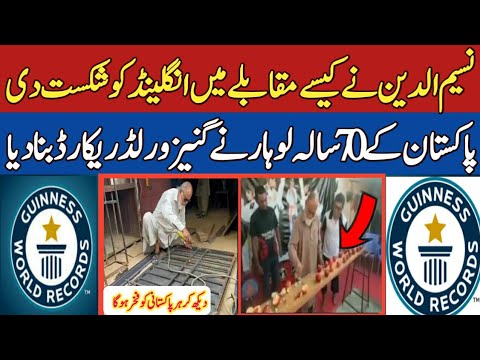 This old man is the father of Mohammad Rashid, who has made more than 70 world records in the martial arts category and made his name in the Guinness World Record. Naseemuddin’s 7-year-old granddaughter has also set a world record in the past.

While talking to the media and expressing his delight over his achievement, he said that his profession (welding) had made his body strong and kept him physically strong. He further said his long-time dream is to bring pride to Pakistan via sports.