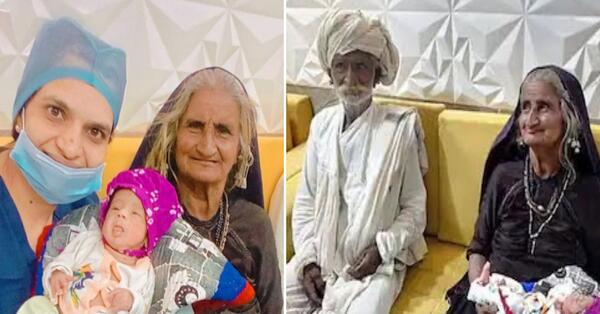 Once the women enter their 40s, the pregnancy chances diminish greatly, after some more time, mostly past 45, due to decline in egg quantity and quality, the reduced possibility of getting pregnant almost becomes an impossibility, keyword “almost”. In spite of that, numerous older women have given birth throughout history, including Maria del Carmen Bousada de Lara from Spain, the oldest ever to do so (66 years, 358 days of age), a world record standing tall since 2006, but as they say, all records are meant to be broken. Seems like the fat lady has sung for this one too.

In Gujarat, India, a 70-year-old woman Jivunben Rabari has given birth to her first child, Lalo Rabari, after decades of conceiving tries.
The infant was delivered through C-section and is told to be in good health with no complications of any sort, his birth was result of successful IVF treatment (in vitro fertilisation), which the senior citizen couple opted for as a last resort after everything else had failed for them. Even though it was considered very dangerous owing to mother’s existing health problems and forthcoming Cesarean section delivery, but the parents’ insistence left fertility centre’s doctors with no choice, luckily it went forward without a hitch. 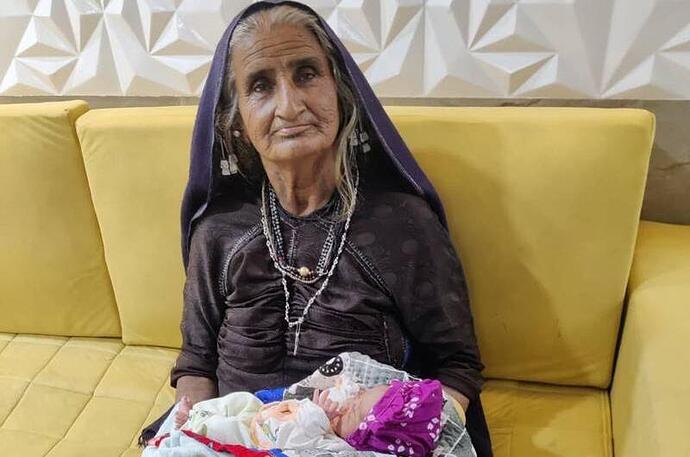 The team of physicians involved in Jivunben Rabari’s treatment is receiving flak from medical fraternity for going through with the procedure that could have cost patient her life, according to them, age limit for IVF treatment is capped at 52, beyond that the risk gets way too serious and unpredictable to proceed further. It worked this time, that’s good, but its chances of not working were always disproportionately gigantic in comparison, things could have gone amiss anytime, at any given moment.

Whether or not the newly-become first time parent will be going to officially submit her name for Guinness World Records remains unclear as of now, she hasn’t disclosed it publicly. Should she do that, she’ll have to provide her verifiable birth record to reign supreme at the helm of this record unbroken for 15 long years. Good luck to her!