8-year-old orphan girl Arooj sells 'Aalo Chanay' in Lahore to earn her bread and butter. Why is life so unfair to some? 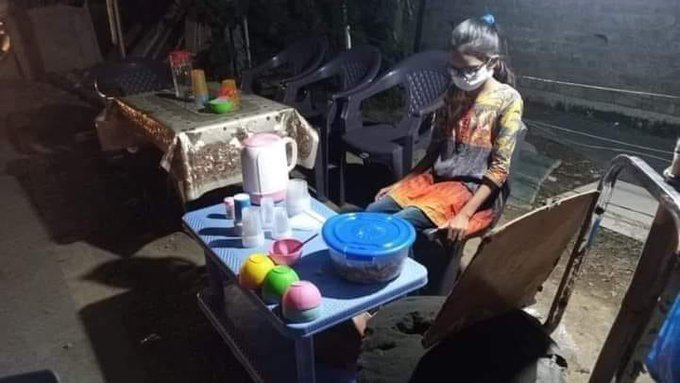 Why is life so unfair for some? We usually ask this question but hardly find the answer. In this world, where on one side, people have enough money, they can’t even decide where to spend, and on other hand, some people can’t even afford their routine bread and butter.

Here’s another story of an orphan girl, Arooj selling handmade Aalo Chaney in Lahore just to earn her bread and butter. She has her food stall named Arooj Food Point where she sells Aalo Chaney. She is an 8-year-old girl who was supposed to be on her father’s lap at this time of evening but a series of unfortunate events have forced her to sell on the street. She has four brothers and sisters, the youngest being 3 years old. Her father passed away due to a heart attack. The house they are living in was given by the factory owner where his father used to work. Now the family has been given a notice of 6 months, and after that, they will have no place to live. She wants to study but her family is already struggling to feed themselves. Their only source of income is that little girl’s stall you see in the picture shared by Pakistani Youth.

Right now, many people are visiting her to help her out in combating this difficult time. And to compensate her with enough money. The least we can do is to appreciate these little angles and help them in every possible way.