○A desert that meets the sea: Of aliens and other key facts about Africa’s Namib Desert 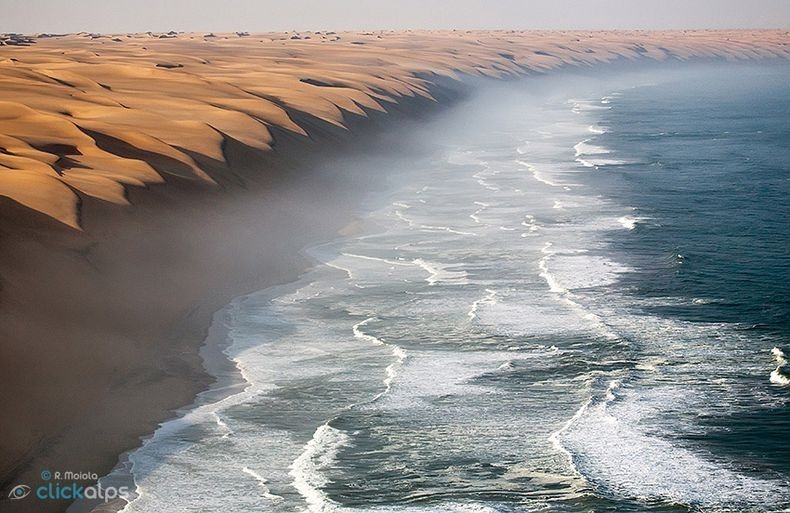 IMG-20210331-WA0009790×513 105 KB
The coastal desert of Namibia is located along Africa’s Atlantic coast towards the south-west. The high sand dunes of Namib Desert and the point where the desert meets the sea are the key attractions of this UNESCO World Heritage Site.

Namib Desert is one of the driest destinations on the planet. Its Mars-like landscape features nothing except high sand dunes, barren mountains and gravel plains extending to about 81000 sq km across three nations.
Namib Desert is believed to be as old as 55 million years; thus, it is the oldest desert in the world. 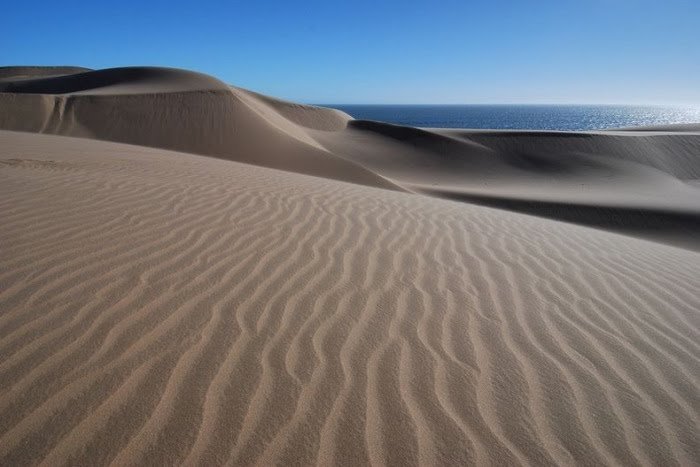 Interestingly, the geomorphic phenomenon created in Namib Desert, called fairy circles, has intrigued many researchers and scientists across the globe. Also called fairy rings, these are barren patches of sand encircled by grass of a single variety. Many researchers believe that the fairy circles could be the result of alien activity in this region, though there is no evidence that proves it. 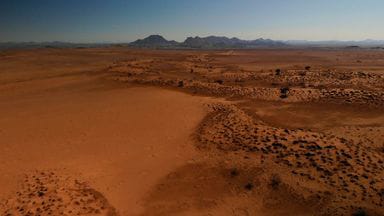 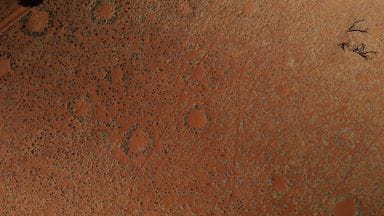 The sand in the desert gets its reddish colour from the layer of iron oxide covering it.The colour of sand is different across the desert.Towards the inland, the sand looks pinkish in colour, while it is whiter near the sea. 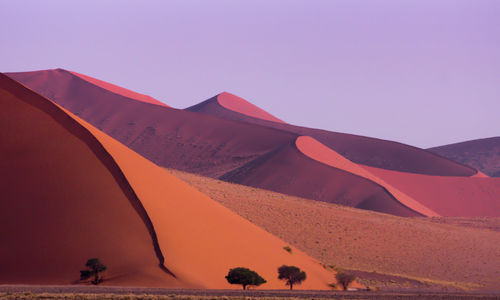 And one of the most treacherous areas of the inhospitable Namib is a 500km expanse of soaring sand dunes and rusting ship hulls along the Atlantic known as the Skeleton Coast. 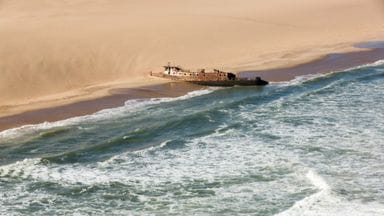