During the pandemic when everyone was trying to do creative things a drummer named Josh Harmon started making Rhythms of Comedy. He re created sound track on ratatouille movie. What is this thing? Well that’s why I am here. But first watch this video. 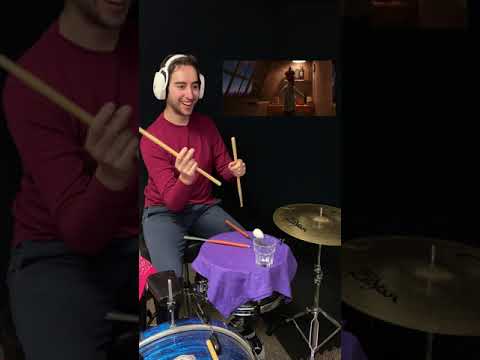 Yes! You got right this man can make every kind of sound with his drums and sticks. His video went viral as so many people liked it. So basically what he do. He re create the sounds of different movies, cartoons and clips. But the specialty is does not do a voice. He uses his instruments which look so fascinating.

There is always a pleasant smile on his face while doing his work which shows how much he enjoys his work. When the interviewer asked from him how you did it! These were his words "There was a tiny French rat under my headphones controlling my arms!"
Josh Harmon
According to him he did so many re takes. And focused on the sounds and tried to practice it dozens of times in my mind. He never thought it will go this much viral. He started doing it because it was fun and he literally enjoyed doing it. But fortunately he received lot of love. 2 days before he shared the Rhythms of Tom & jerry. In which we can see the jerry in different moods with the back instrumental music of josh.
Reference:
Josh Harmon : Conn-Selmer, Inc
https://youtu.be/mJVGmfaZqTg

thank you so much

Wonderfully explain . Thanks for sharing this as it makes my mood better.

Actually we have stopped to find reasons of smile in our lives​:slightly_smiling_face:

Wao…a little rat under my headphones