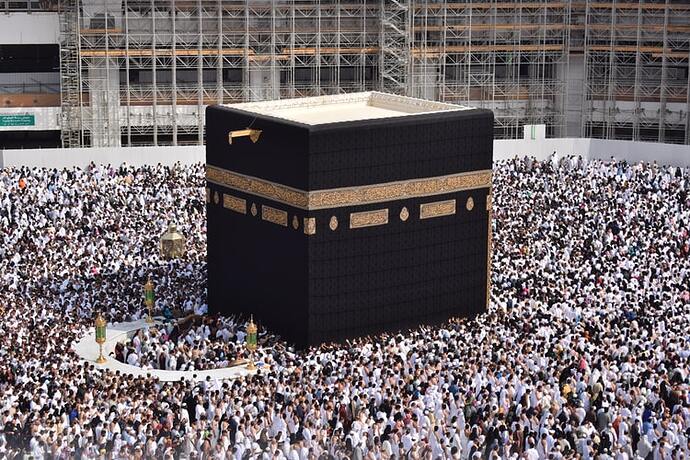 On July 19, 2021, around sixty thousand pilgrims performed their holy obligation of Hajj. Blessed indeed are those who got the chance to visit the sacred mosques amid the volatile situation caused by the coronavirus. Today, i.e., July 20, the pilgrims are observing Eid-ul-Adha and offering their sacrifices.

As Muslims from all over the world gather at one place for Hajj, it manifests Muslim unity and brotherhood. Imam-e-Kaaba, Sheikh Bandar Bin Abdulaziz Balila, highlighted some important lessons for the Muslim Ummah, the crux of the some of which is presented hereunder:

Be Just:
Sheikh Bandar advised the Muslim Ummah to be just in a world full of injustice. To be just and to serve justice from the micro to macro level in society is certainly a need of the hour. Sheikh emphasized the same point from the pulpit. He also reminded the people that Allah is with those who are patient.

Do not Cause Corruption and Unrest:
In every part of the world today, corruption and unrest are replete. From Asia to Europe, people are entangled in conflicts. Hence, Imam Sheikh Bandar reminded the people of the teachings of their religion and to establish peace and harmony on the earth.

In the sermon, Sheikh Bandar, therefore, highlighted some of the most fundamental beliefs of Islam and the issues which Muslim Ummah is faced with today. May Allah give hidayah to Muslim Ummah to act upon these and other teachings of Islam and be united with peace and brotherhood.

MECCA: Sheikh Bandar Bin Abdulaziz Balila, imam and preacher of the Grand Mosque, who is also a member of the Council of Senior Scholars is delivering the