Are you a cricket lover? Are you excited to watch the upcoming T20 World Cup 2021? Then there is a big news. By the initiative of ARY Digital Network, the first ever HD sports channel name as ASports is launching on 16 of October. 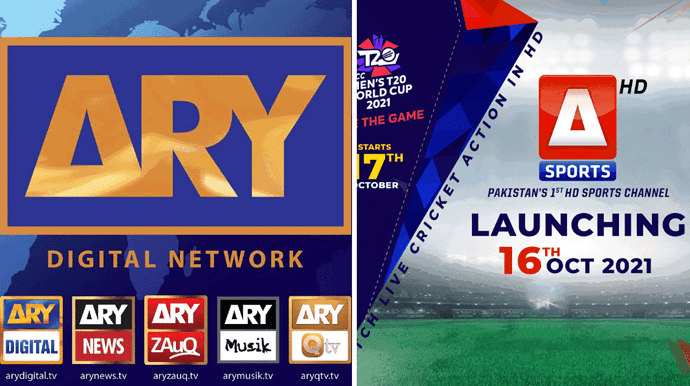 Moreover, two all time great former cricketers of Pakistan Wasim Akram and Waqar Younis have also joined the channel. In fact, the sultan of swing Wasim Akram has been announced as the president of the channel.

In his tweet, he said that he is very much delighted to be a part of the channel and also thanked Salman Iqbal (CEO of ARY Network) for giving him such an opportunity. He also added that it is an exciting development in the media and sports of the country.

@wasimakramlive
Delighted to annouce that i have joined Pakistans first HD sports channel A-SPORTS as President. I would like to thank the ARY Group & especially my friend @Salman_ARY for this opportunity. This is a very exciting development in Sports & media for Pakistan @asportstvpk

On the other hand, Waqar Younis also expressed his gratitude and said that he is also delighted to work with Salman Iqbal and the team of his channel.

@waqyounis99
Delighted to annouce my joining with A-sports, Pakistan’s 1st HD channel that will bring you all the ICC #T20WorldCup2021 matches. I’m all excited and looking forward to work with @Salman_ARY and his ARY professional team. Analysis & opinions on ur HD screens. #ThePavilion

Everyone in Pakistan is a die hard fan of watching cricket. As the T20 World Cup 2021 is starting from 17 October, the first match of Men in green in the tournament is against India. Excited huh! People will be able to watch all the matches in HD quality as ASports will broadcast all the matches and it has acquired the right to telecast the T20 World Cup.

Are you also excited as I am? Let me know in the comments section.