I am scared. I am frightened. I am horrified. I am shaken to my nucleus. I am all things you associate with fear and shock, for I have sinned of setting my eyes upon something ghastly which I never should have. I curse the moment and the moments that led to that moment. I wish to have time travel machine become a reality, so I could hop into it, go back and fix my wrongdoing.

What is that soul-crushing, Lord Voldemort-esque calamity I have been struck with? 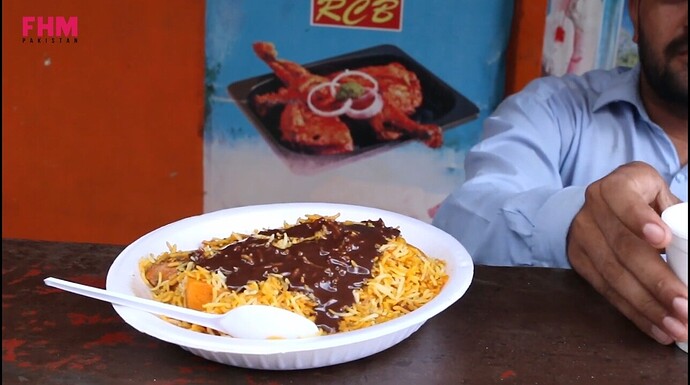 Whoever came up with this idea of severe human rights violation. I ask you just one thing. Why???

What was the reason to do such massacre of Pakistan’s unofficial national dish, beloved by countless? It is not a mere cooking disaster but a treason of highest order against state, article 6 should be invoked here so that no one dares to hurt nation’s sentiments in such savage fashion again. Let it be a lesson, loud and clear to all potential offenders. 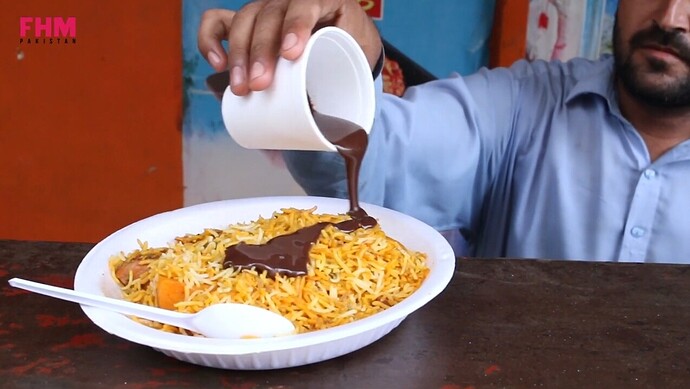 The trauma this abomination has incurred on me, I don’t think I’ll be able to cleanse my eyes with a shelf full of large bottles of bleach. Even a whole truck might not suffice. Hell, pulling the eyeballs out of their sockets may not work. That wasn’t a mixing of chocolate in rice, it was dissolving of poison in every watcher’s life, an attempted first-degree digital murder! That devouring of ‘who shall not be named’ wasn’t simply an act of eating, it was a display of bestiality, that scars you internally for eternity. 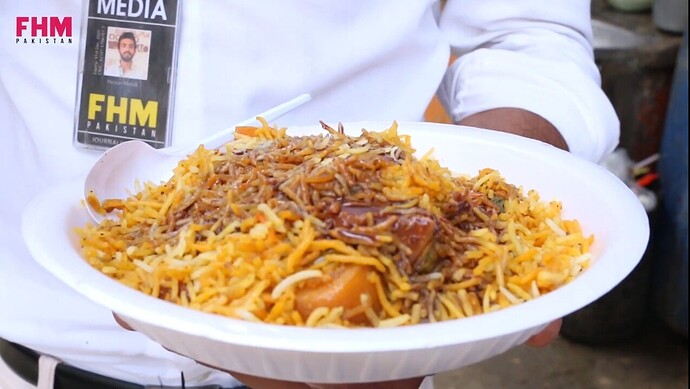 What I have done to myself! I wish not the same fate for even my sworn enemy wanting to quench his thirst with my warm blood like it’s Coca-Cola straight outta Antarctica. But dearest readers, I wish it for you, as you have to suffer for the betterment of your brethren, for saving your fellow compatriots by setting off the alarm by spreading the word. Together, we will eradicate this culinary bane that threatens the transcendence of our phenomenal cuisine. 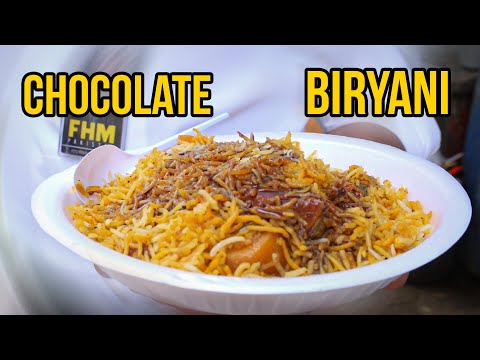 I’m not going to love chocolate and biryani anymore, after seeing this yuck combination

I am going to report that shop owner to police. This unholy place needs to be shut and burned, then land be properly washed with a dettol tanker before reconstruction.

That’s a smart thought. So, no one at any point considers doing this heartbreaking poop any longer.