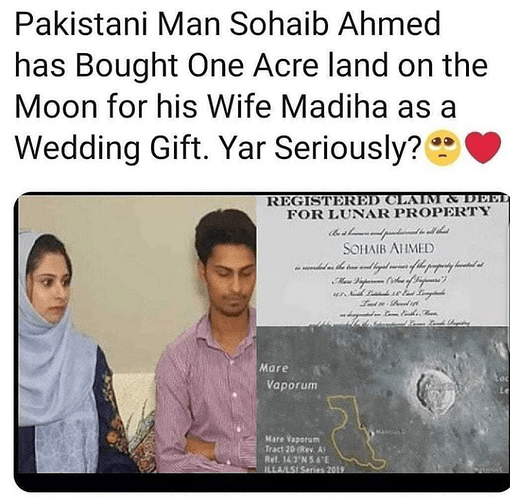 Well, A pakistani man has amazed everyone, he gave his wife an unorthodox and unique wedding gift

.
Yes Shoaib Ahmed from Rawalpindi decided to give his wife a piece of land. But not on the earth, ON THE MOON

Ahmad has reportedly bought one acre land in the region called “SEA OF VAPOUR” . He bought the land from I.N Lunar Registry at cost of $45.

He stated that, he wanted to do something different for his wife. Well Evil’s eye off

and NAB’s eye off too

As you guyz know that, several celebrities including Late Sushant Singh Rajput and SRK, has already purchased a piece of moon. 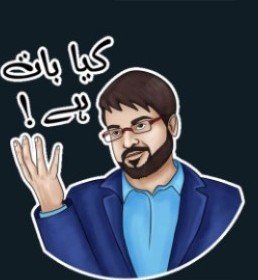 Poor guy will never know that he actually got scammed because no one from his 7 generations will ever get to the moon. No one owns anything on moon to be able to sell it to others. 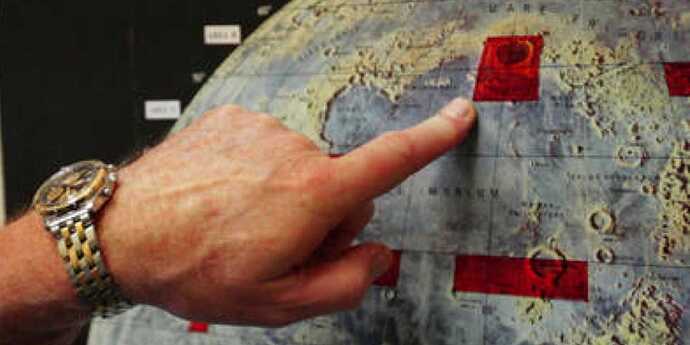 The Man Who 'Owns' The Moon Has Made Serious Bank