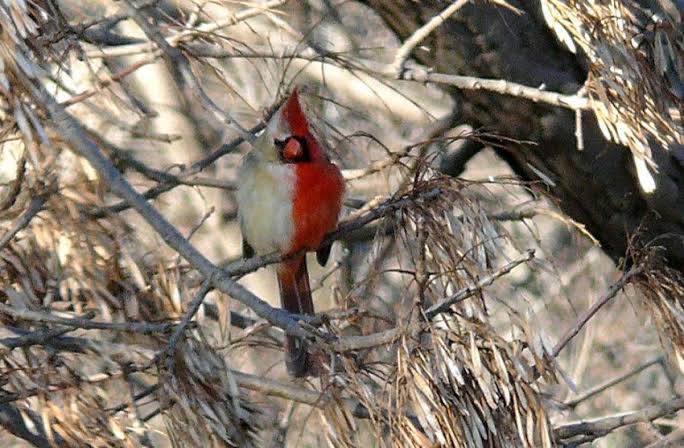 An unusual, mixed-sex bird cardinal bird was sighted in Pennsylvania.
The male cardinal bird is bright red whereas the female is pale brown and this bird is half red half yellow implying that this specimen is a mixed-gender.
Retired ornithologist Jamie Hill told BBC that it was once in a lifetime, one-in-a-million encounters. First, it was assumed that it may have lost pigmentation (leucistic). But after discerning the mobile phone photos it was ascertained that the bird had both a functioning ovary and a functioning single testis.
I have been searching for the long-thought-extinct ivory-billed woodpecker for almost two decades, and photographing this rare version of one of our most common backyard birds, this gynandromorph northern cardinal, was almost as exciting as I think I would get if I found the woodpecker," he said