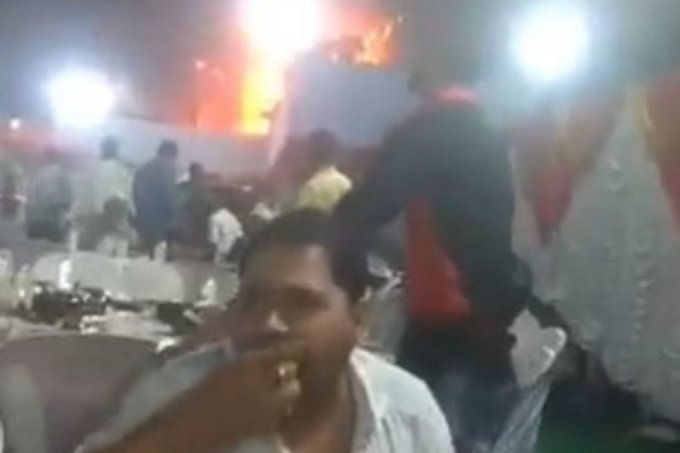 As the shaadi season approaches, social media is awash in wedding photos. However, a truly unbelievable video from Mumbai has piqued the interest of internet users. While a large fire rages in the background, guests at a wedding are seen having dinner. Ansari Marriage Hall in Thane’s Bhiwandi caught fire on Sunday evening, according to a video provided on Twitter by Mumbaikhabar9. Even after spotting the massive fire, the guests go about their business and enjoy the cuisine. Surely, their priorities were correct. 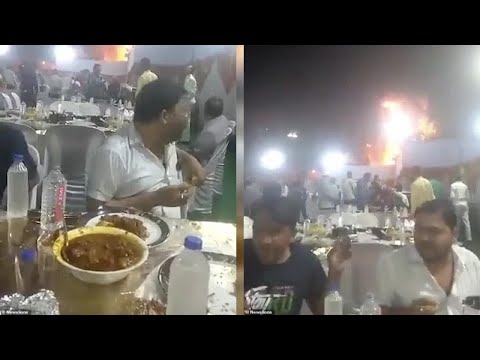 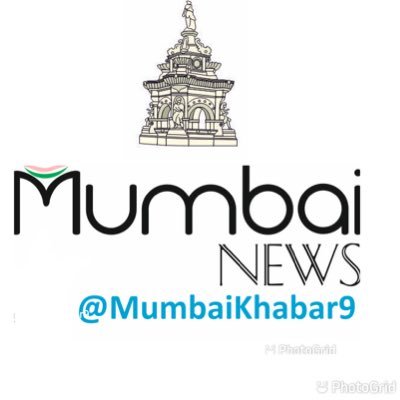 @Mumbaikhabar9
Viral | Even as fire ravaged Ansari Marriage ground in Bhiwandi last night, people seem to have enjoyed their dinner in a marriage reception held in the same compound. https://t.co/mKDskHg9tV

According to a report in the Free Press Journal, the fire started in the marriage hall’s pantry in Maharashtra. There were at least six two-wheelers parked nearby.
However, there were no recorded casualties. According to a Bhiwandi municipal corporation official, the blaze was brought under control by 11 p.m. after three fire engines arrived on the scene after receiving an alert about the incident at around 10 p.m.