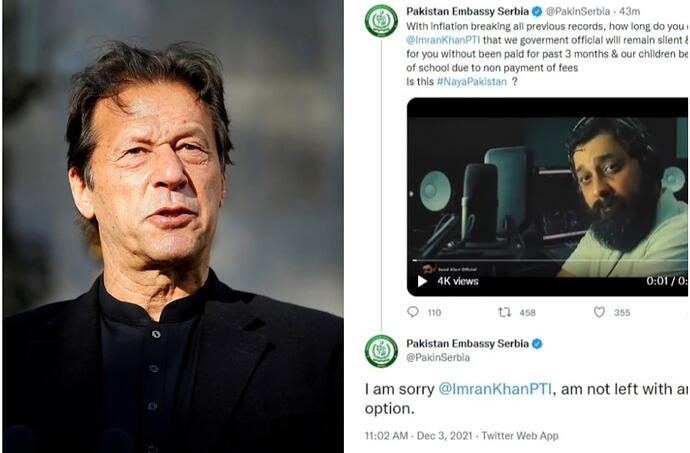 Imran Khan, Pakistan’s prime minister, is having a Twitter meltdown. The official Twitter handle of Pakistan’s embassy in Serbia sent a somewhat bizarre statement severely criticizing their Prime Minister back home, which was considered a major embarrassment for him. 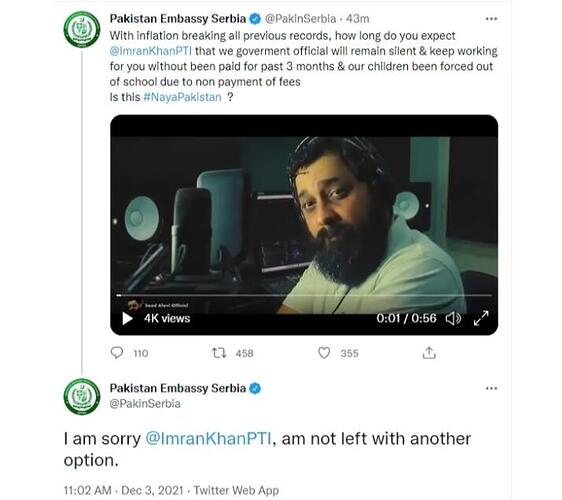 The following was tweeted by the verified account: “How long do you expect us [government] officials to remain silent and continue working for you without being paid for the past three months, with our children being taken out of school due to non-payment of fees, Is this #NayaPakistan we’re talking about?” Along with the text criticizing the premiere, the tweet featured a parody song with the catchphrase “Ghabrana Nahi hai” (we don’t have to worry). 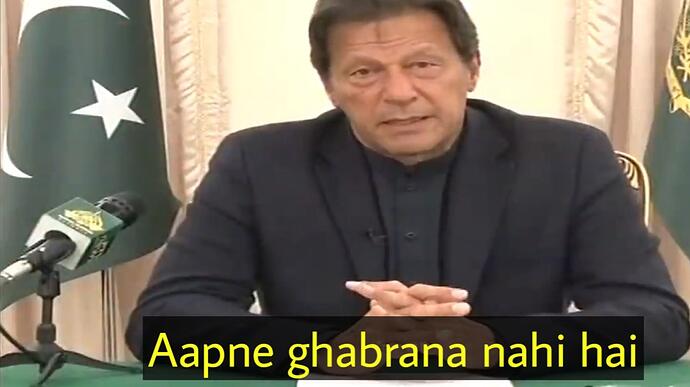 Many people in the comments section wondered who was behind this username and if it had been hacked. Some, though, defended whoever wrote the tweets as a desperate gesture. There is yet to be a response from a Pakistani government official to the tweet.

"Pakistan is on the verge of defaulting on its debt. It would be preferable for you to sell the embassy and relocate to a western country "According to a Twitter user.

Another user said on Twitter, “The individuals in charge of this account must face severe consequences from the government. This isn’t a prank. It’s a Pakistani government-run website.” 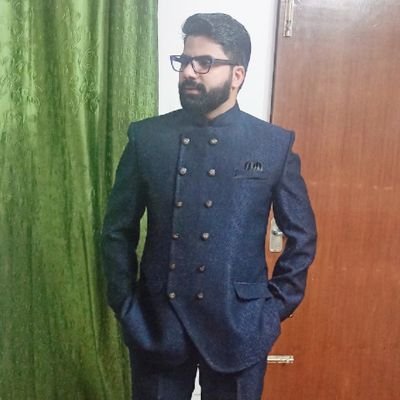 @TheSkandar
"With inflation breaking all previous records, how long do you expect Imran Khan that we govt officials will remain silent & keep working for you without been paid for past 3months&our children been forced out of school due to non-payment of fees": Pakistan Embassy, Serbia tweets https://t.co/kqVJndmDL9 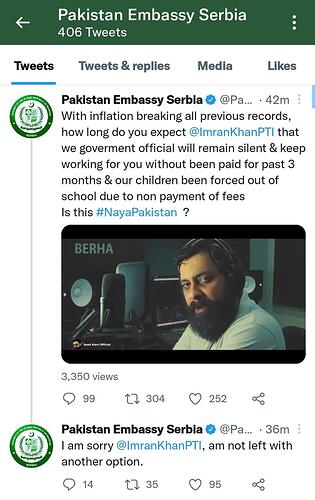 The Pakistan Bureau of Statistics issued figures earlier this week showing that inflation increased to 11.5 percent from 9.2 percent, the largest increase in the preceding 20 months, owing to a record spike in fuel costs in October.

Import-led inflation was fueled by the significant rupee devaluation. Inflation, as measured by the Consumer Price Index (CPI), reached its highest level in 20 months, during which time global oil prices continued to rise gradually, eroding previous gains. At the same time, fresh vegetable, fruit, and meat costs have been steadily rising in both urban and rural areas. Inflation climbed to 9.32 percent on an annual basis between July and November.

No idea how much this Inflation goes high!!