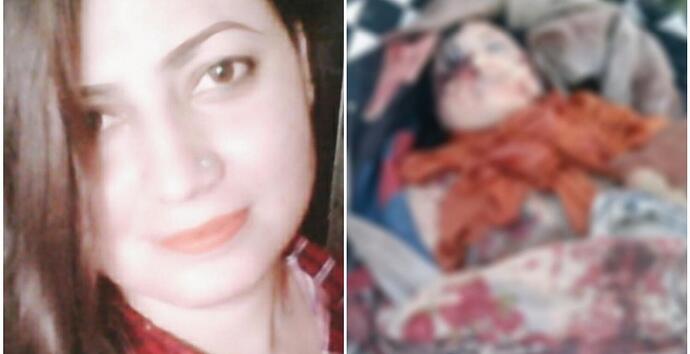 On October 9, 2021, in the vicinity of Kandhkot’s Goth Lashkar Khan, a 26-year-old Memoona Soomro was brutally shot dead by her abusive husband in front of her family.

Memoona and her husband Zakir Hussain were a couple for 12 years. They had a 10-year-old daughter. Her father Ejaz Soomro said, she often complained about her husband’s abusive behavior and domestic violence. He said last month she called me asked to bring me back home. She was afraid her brother-in-law and father-in-law would kill her.

On the day of the incident, 9 October 2021, he visited her daughter’s home but her husband wasn’t there. Her father met her family members who didn’t let him meet Memoona, who was locked up in a room. Somehow he met her daughter and she begged him not to leave the house.

In meanwhile, her husband Zahir came in between the conversation, separated Memoona and her father in a hurry, dragged Memoona with her hair outside the house, and in a pitch of silence there was a roar of gunshots and Memoona died on the spot. After the incident, he hid her dead body and fled away.

After five days the incident was reported by the local police, and three suspects have been arrested and a case has been registered under section 302 (punishment of murder) of the Pakistan Penal Code. Although, her husband is still getaway. 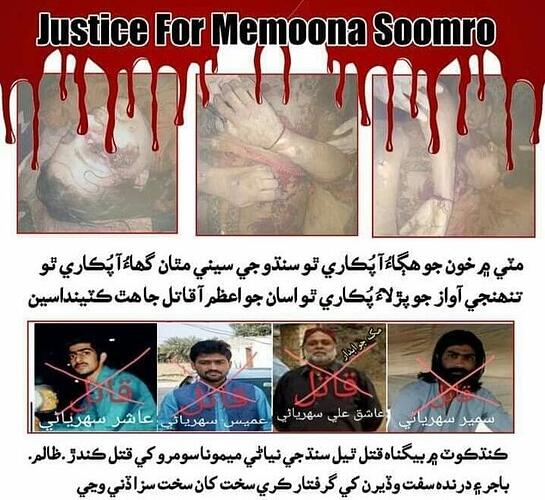 Soon after the incident, there is an outrage on social media. And people have been demanding Justice for Memoona using hashtags. But only the hashtags and names change, crime remains the same. All we can do is just hope that the police catch the real culprits quickly, and get them punished through court without any delay, and the court will award the severest punishment under the law.