After slap, French President Emmanuel Macron hit with an egg 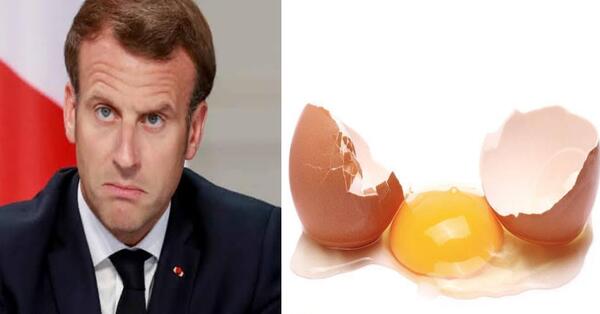 Ever since his remarks following Samuel Paty beheading last October, deemed hatefully offensive by global Muslim community, French President Emmanuel Macron has landed himself in hot water and now he can’t catch a break. Mister President seems to be stuck in a mess that doesn’t seem to end, which isn’t a good omen for his re-election campaign, less than an year’s timespan away.

Earlier in June this year, Macron was slapped on face publicly while on visit to Southeast France, his assailant had been handed 18-month prison sentence with 14 months suspended. This time, French head of state has been egged whilst attending a trade exhibit in the city of Lyon. Macron, surrounded by his security staff, was quickly escorted out of premises after the egg hit his left shoulder and deflected off rather than breaking, as intended by the egg hurler. This attack isn’t first of its kind, Macron was hurled eggs at in 2016 during his term as France’s Minister of Economy and Finance, an egg hit him in 2017 too, thrown by a protester in an agricultural fair. 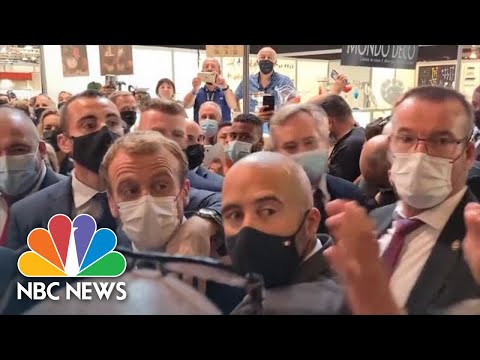 Recentmost egg-slinging has prompted a highly polarised response from public. Many celebrate, reckoning it as well-deserved karma due to Macron’s interminable association with controversies. Others feel, an unethical, violent and wrong sentiment expressing way like that, no matter how disparate the opinions are, should be nipped in the bud lest it becomes normalised. If we all go around hitting anyone we hate or disagree with, world would be a terrible place, in perpetual peacelessness decay.

Out of three egg peltings, only one has been successful (2017)

Lyon Police arrested the man, a 19-year-old student, who assaulted French President and charged him immediately. Earliest details show unlike June 2021 attacker, political dissent wasn’t the incentive behind attack. The suspect is suffering from mental health issues, he has been referred to a psychiatric facility, where he’s undergoing treatment.

Kinda lucky suspects with health issues, at least they get their deep desire done without getting punished.