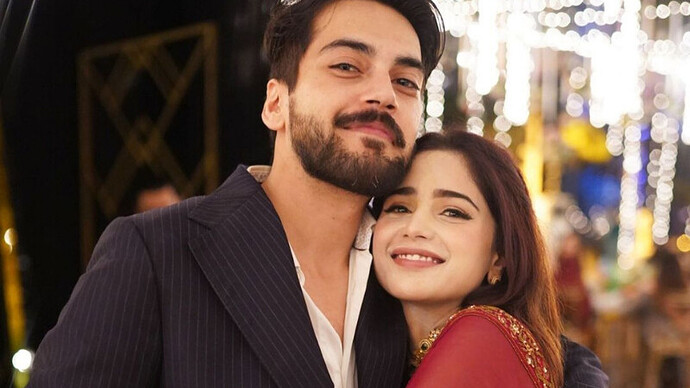 After announcing the engagement on social media on March 20, Aima Baig and Shehbaz Shigri have officially tied themselves in the bond of engagement. In a small ceremony with friends and family, the couple exchanged engagement rings while their loved ones cheered for them. May they live happily. However, one issue from the engagement ceremony has sparked controversy and netizens are going crazy over it.

Aima Baig, fulfilling the religious ritual, wore Imam Zamin. However, she wore it on a naked hand. This has fomented the outrage of netizens who are condemning such an act and calling it an utter disrespect to the teachings of Hazrat Fatima (R.A.). Certainly, Hazrat Fatima (R.A.) was the perfect epitome of modesty, and she taught this through her character. Therefore, wearing Imam Zamin on a naked hand is being called disrespectful and carelessness on Aima’s part.

Netizens have taken to Twitter to condemn this act. With hashtags ‘Shame on Aima Baig’, netizens have displayed their anger and outrage and reprobated the singer for her act of sheer carelessness and disrespect to sacred personality. Some of the tweets of people expressing their disapproval have been attached below: 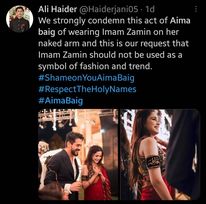 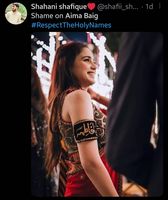 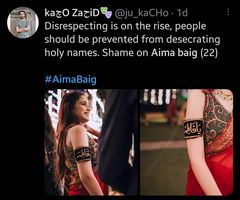 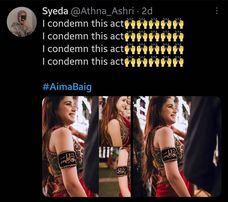 Not only on tweeter, but also other social media platforms, people have written long paragraphs expressing their anger and called out the singer to show some sanity. On the other hand, some people defended Aima Baig by saying that the act was a result of negligence, and as she did not do it advertently, she should not be subjected to vile criticism. However, she needs to be more vigilant next time.

What do you think? What’s your take on the argument? Should Aima Baig be censured for such an act? Can this act be called a mistake that just happened due to negligence? Or should such an act be condemned outright so that this does not happen again?

I think these people deliberately create controversies, just to stay in the headlines.