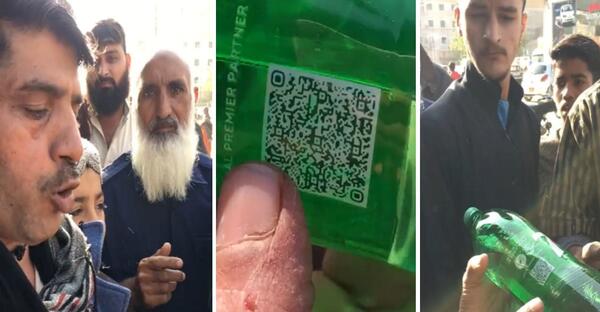 False blasphemy allegations, a rife, persisting problem in Pakistan, is no secret to anyone, nearly every few months we see an issue pertaining to problem in question come to light, and having tragic consequences. Even though the people responsible for those consequences receive their legal comeuppances, those are no effective deterrents, non-stop chain reaction of blasphemy-related incidents keeps growing and growing. Why? Because this hard predicament is deep-rooted into populace’s mentality, it won’t go anywhere unless in some miraculous way the mentality does a complete 180°.

Latest example with regards to this problematic mindset is an occurrence in city of Karachi that thankfully fell mere centimeters short of a tragic eruption. A Pepsico Inc. employee, who works for international beverage company as a truck driver, was held hostage near University Road because a man saw blasphemous pattern in the Quick Response code of 7up cold drink bottles he was delivering.

The other man insisted he could clearly see Prophet Muhammad’s (P.B.U.H) name written in QR code, which to him was done deliberately by foreign brand, fuelled by their detestation of Islam. 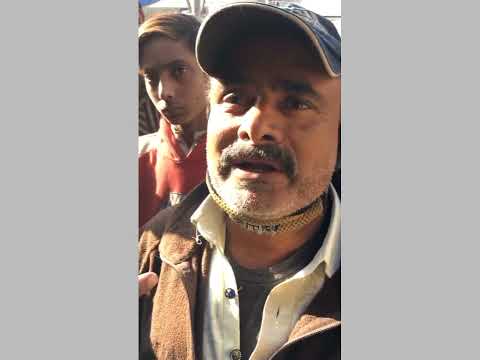 He was attempted to be made knowledgeable that these codes are randomly generated for scanning and don’t contain Arabic, Urdu, or any other language but he remained adamant about his assumption. Meanwhile, a mob had gathered owing to sacrilege suspicious man’s loud assertion, they wanted to burn down the truck. Crowd only dispersed after a gentleman named Imran Noshad, who was also a key witness to entire episode and the one who recorded it on camera, managed convincing the main gatherer that QR code contained no script within

An incident which could easily have gone amiss, may even have incurred loss of human life, was promptly averted through timely interference. But what of this ticking time bomb we carry in our pockets, waiting to go boom every given opportune instance? We need better solution for there will not be an Imran Noshad every time to pacify the angry horde, just like there was none so many times before.

Gustakh QR Code? I think I have seen all.

Honestly, don’t blame the guy. He reeks of illiteracy, similarly with the mob surrounding him

Not putting any body down, just stating the obvious, their illiteracy is what makes them prone to such hurtful things.

Yesterday I comitted blasphemy by drinking a full 1.5 litre 7up. Punish me too mister brave mustache gutka-chewing uncle

No one! Literally no one:

Lol why u scared & deleted your comment? It wasn’t wrong