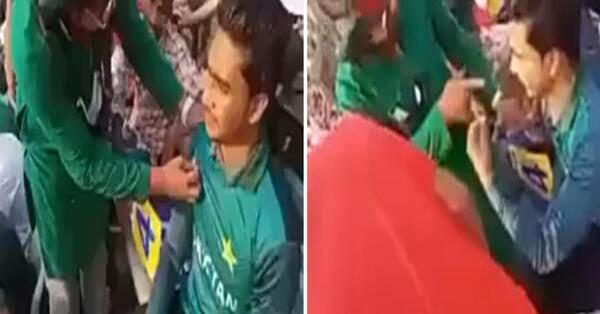 On the eve of third T20 international match at Sher-e-Bangla Stadium, Dhaka, a Bangladeshi spectator wearing Pakistani cricket team’s jersey was forced to take it off and trample it by putting it beneath his feet. This sad incident happens on a tour where the Bangladeshi fans have shown immense love and support to visitors, going as far as standing on their hotel-stadium route in unceasing lines, holding banners, flags and whatnot of other cheering stuff. Such vitriolic behaviour in exceptional harmony’s face not only is hurting, it is exceedingly dejecting!

The man in clothing of Bangladesh flag, who ordered Pakistani uniform to be removed, torn, spat on and stomped is said to be a member of Bangladesh Students’ League, student wing of famous Bangladesh Awami League. This wing is known for housing hyper-nationalistic ideology and alleged for assassinations, violence, torture, procuring money by blackmailing in order to strike fear into their opposers. 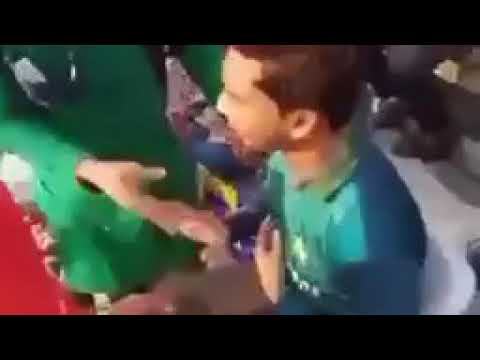 BSL hoodlum can be heard saying to young fan “We got independence from Pakistan after they killed 3 million of our people [in 1971 war], why are you wearing their shirt? You want to f**k with them, you shouldn’t be wearing shirts of other teams while being a Bangladeshi”. He then prompts to ask spectators should the jersey-wearing guy be thrown out? And encourages them to thrash him. Few spectators tell him to let the fan wear jersey, for he can back team of his choice but goon’s vehemence eventually compels the fan to follow through with his orders. Sad to relate, no one from crowd interferes to stop that from happening.

Every year, due to sorrowful events of past, things get temporarily tense between Pakistan and Bangladesh as the 16th December, East and West Pakistan’s division, draws near, which obviously affects bilateral sports too, especially cricket. But an example like this is a first of its own, having no precedent, it comes an astonishment bigger than it should be because of how harmonious the atmosphere has been this series.