Be like Australian team, don't mock us for not eating beef - Pakistani Hindu requests to his countrymen 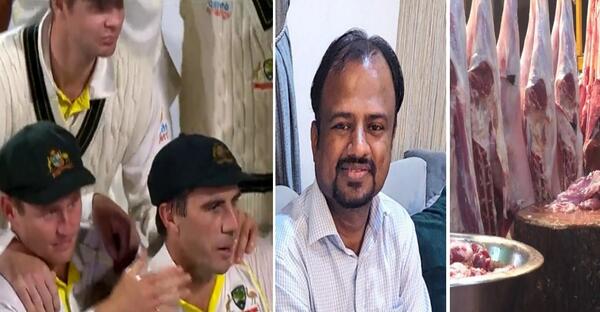 Australian cricket team’s considerate gesture towards their Muslim teammate Usman Khawaja during Ashes 2021-22 victory celebrations has been the hottest topic in our country and rest of cricketing world, garnering tons of appreciation all around. For those who have been unaware, the gesture in question is January 16th’s historic series-winning pose of Aussies, post which the champagne bottles were uncorked and sprayed wildly, but captain Patrick Cummins noticed their Muslim squad member Usman Khawaja was not present and had left the podium, standing afar (due to alcohol’s forbiddance in Islam), Cummins immediately told his players to put the alcoholic beverages aside, making them mindful of what was happening. The team put the champagnes away, allowing Khawaja to rejoin in and cherish the success like everybody else.

Amid the thunderous acclamation for the heart-touching moment, a Hindu human rights activist from Pakistan, Mr. Kapil Dev, who is associated with the Express Tribune, has raised a thought-provoking question, forcing many to self-reflect. Dev wished that some of his Muslim countrymen would also be considerate like Australian skipper and wouldn’t mock religious beef prohibition on his community’s folks. 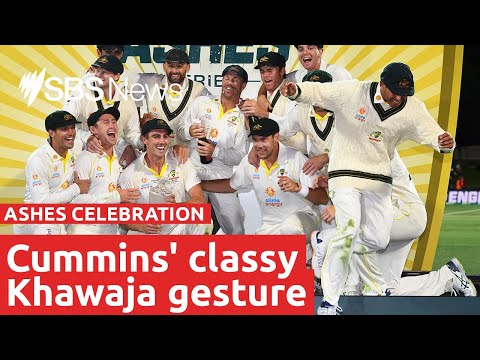 He divulged further, “Some even taunt us using insensitive sarcastic remarks such as, ‘Kyun tum gaye maata ka gosht nahi khatay? (Don’t you eat mother cow’s meat?)’ These questions are often projected despite people knowing well the cow meat consumption is disallowed to us”.

Mr. Dev’s divulgence has had a sizeable support, but it has not been devoid of disputation, critics have accused the Hindu activist of frequently peddling controversies and harbouring negative approach to everything that’s Pakistan-related. Defending his stance, Dev has said one needs to step into their boots to fully realise the hardships of minorities, he doesn’t create dilemmas out of thin air, his appraisals are backed with personal experiences he underwent while living through whole his life in Pakistani society as a minority person, the concerns pertaining to problematic social behaviour here are valid, not hyperbolic, he added.

Smaller faith groups’ societal marginalising and maltreatment are far from being far-fetched, we all know that. It is about time we stopped with negatory attitude, a person disclosing prejudices they face is not traitorous, and closing your eyes won’t make the problems paining you go away. How about being understanding rather than defending for a change?