Bizzare incident: Cow escaped from a slaughterhouse and enjoyed slide at the water park

A bizarre incident took place in Brazil where a cow managed to escape from a slaughterhouse and enjoyed slide at the nearby water park. The heart winning video of the 700-pound bovine has gone viral on social media.

The 700-pound cow after the daring escape from a cattle ranch 500 miles west of Rio de Janiero, made its way to the neighbouring Indaia Club de Campo.

Now here the interesting part comes. The slide was designed to hold 450 pounds but the 700-pounded bovine after dicing with death ended up climbing the stairs of the water slide. 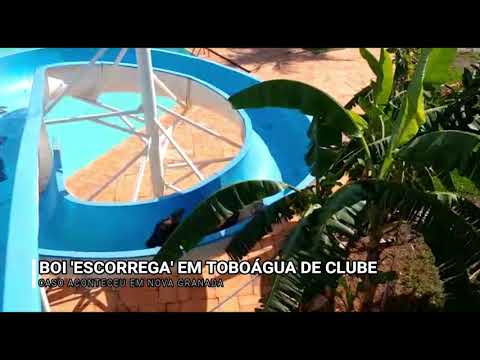 Thankfully, there weren’t enough people and the cow enjoyed the slide without any hesitation. The cow has been named Tobogã, which means ‘slide’ in Portuguese. After that, the cow has been adopted by the owner of the water park, according to IHeartRadio.