A video of two Indian men carefully holding tea cups during an arrest has gone viral on social media. 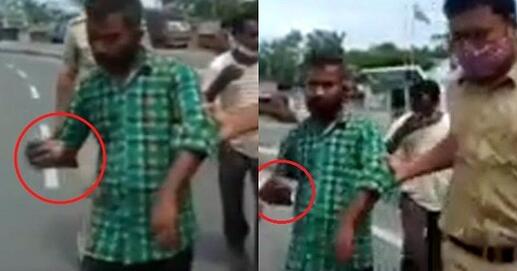 The viral video has left people in fits of laughter. Reason? Well, they didn’t let go of their tea cups while being arrested. The be like “Jail jayen pr chai na jaye” . The video of the hilarious incident was shared on Twitter by an Indian police officer Ankita sharma

In the clip, the two men can be seen holding tea cups during an arrest. As a cop holds one of them by hand, the man only has eyes for his cup of tea and seems seemingly unbothered by everything else happening around. He walks very cautiously to ensure he doesn’t spill it.

Another man is seen walking behind them who is also carefully holding his cup of tea.

The cops escort the men to the police vehicle patiently.