A priest of a local mosque whose name hasn’t been released to media was arrested on 11th April when the family of his recent abuse viticm, a 9-year-old girl, pressed charges against him. 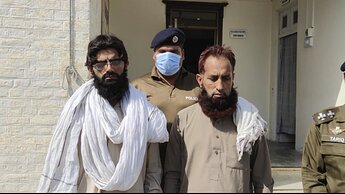 The rampant child abuse is a constant source of worry for the country of 224 million, as it sees an unprecedented rise of such cases in 2021 compared to yesteryears. There have been 2000 registered in just first 4 months compared to last year’s 1489 in first 6 months.