Child students in Islamabad school forced to do janitorial work 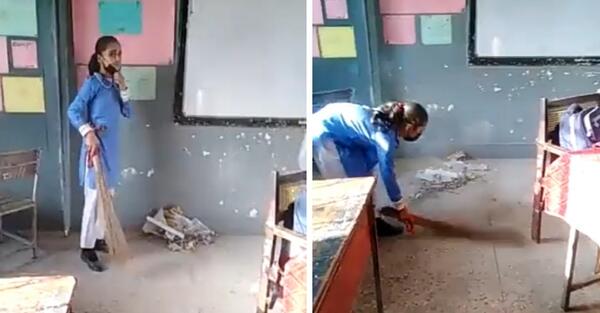 Islamabad Model Middle School for Girls, I-9/4 sector, has drawn itself overwhelming public disapproval for making the students as young as from primary classes provide janitorial services in classrooms and hallways. Starkly important issue rose to be highlighted upon surfacing of a video featuring a child student sweeping the classroom clean with a broom, it painted the real-time dreadful portrait of our ramshackled educational system, particularly in government schools, which we hear so often about but don’t get to see for ourselves unless we have the honour of sending our children or having studied in the dilapidated system personally. 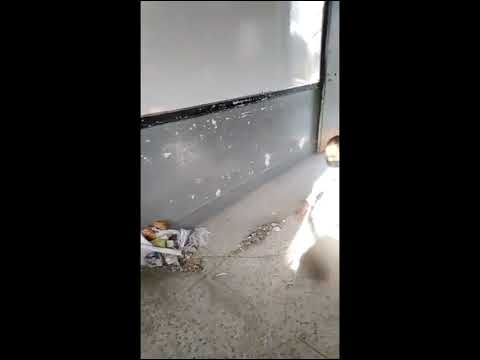 Livid citizens from all parts of Pakistan have informally and formally put forth their objections and complaints to Deputy Commissioner Islamabad, Mr. Hamza Shafqaat. They fiercely question why the students are being made to do the job of sweepers when these institutions are allocated budget to hire them separately? Pupils should be focusing on education and education exclusively.

DC Shafqaat hasn’t addressed the issue as of yet, but some people have presented a probable explanation that government schools don’t have janitorial staff and students perform the cleaning responsibilities themselves. This clarification, to be honest, doesn’t make it any better, because this means such practice isn’t constrained to one school and by all means is an accepted norm. It also raises the question, why the government schools are lacking basic services as sanitation while having others? Are the children forced to clean the toilets too?

It’s high time the powers that be, the suits in charge of running the show, offered satisfactory answers, and not merely answers, answers backed with sufficiently convenient measures - a requisite departure from usual apathy exercise that has precipitated nothing but regressive trajectory.

I can testify this student labour in fact is abuse. I studied my whole life until college in government schoola of Pindi, Karachi and Islamabad and they had sweepers, gardeners, physical education teachers and everything.

These abusers are hatching excuses.

Why is federal education minister Shafqat Mahmood who is in news regarding smallest matters keeping mum on this scandal? Baffling.