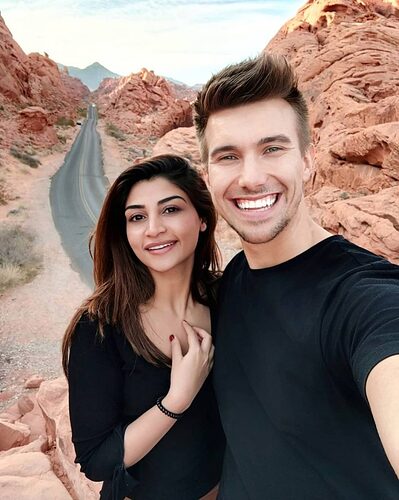 Christian Betzmann, a German vlogger and influencer, landed himself in hot waters after his insensitive remarks regarding Palestine’s situation. He faced a backlash from his Pakistani followers, in a conversation with an Instagramer, he used utterly harsh words like “prayers do nothing” and “you have no power” (referring to the online protesters). He views first world countries as the doers and third world countries as the non-doers. 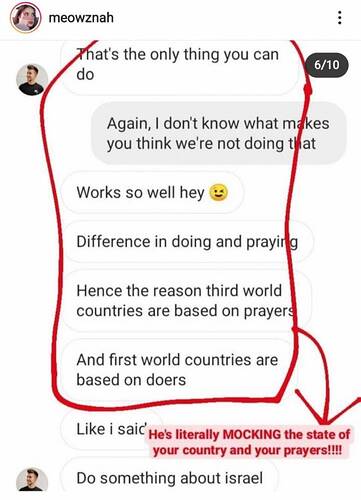 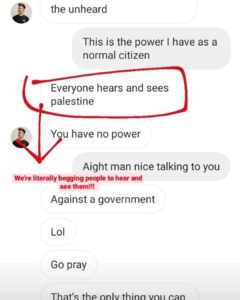 After the publication of his said conversation, Christian finally responded to the controversy saying Pakistan needs to accept constructive criticism and stated that he never insulted any prayers.
In his non-apology, he mentions that he loves Pakistan, and that his words were twisted. 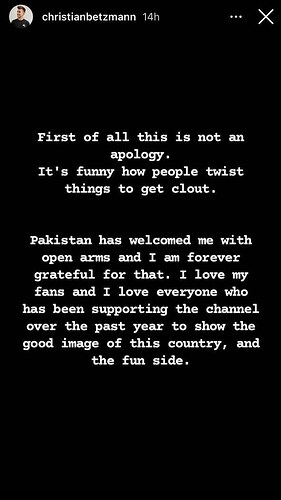 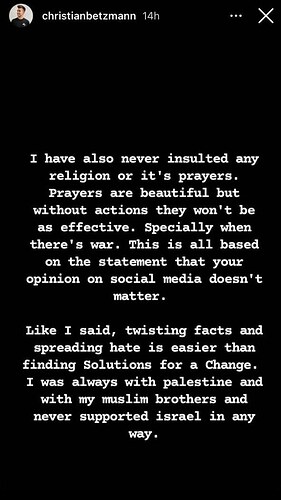 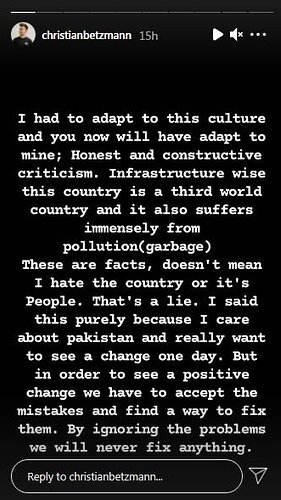 Few days later it was announced by Zoya Nasir, his ex-fiancée, that they are no longer engaged to be married. She stated, “There are certain religious and social boundaries that can’t be crossed no matter what, hence, the decision to part ways.” This decision of hers was supported by a number of people, including tiktok star, Romaisa khan and youtuber, Shahveer Jafry. 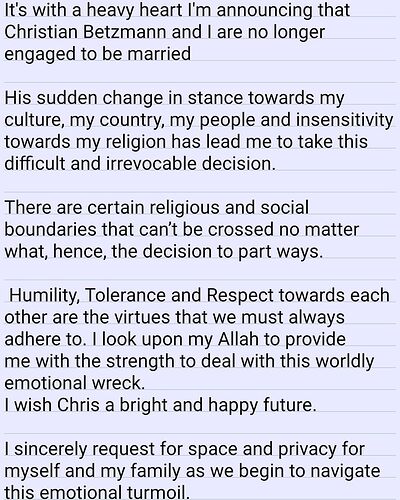 Was it right of Christian to talk about such a sensitive subjective, so carelessly? and was it right of Zoya to part ways with him? is still a matter of discussion. 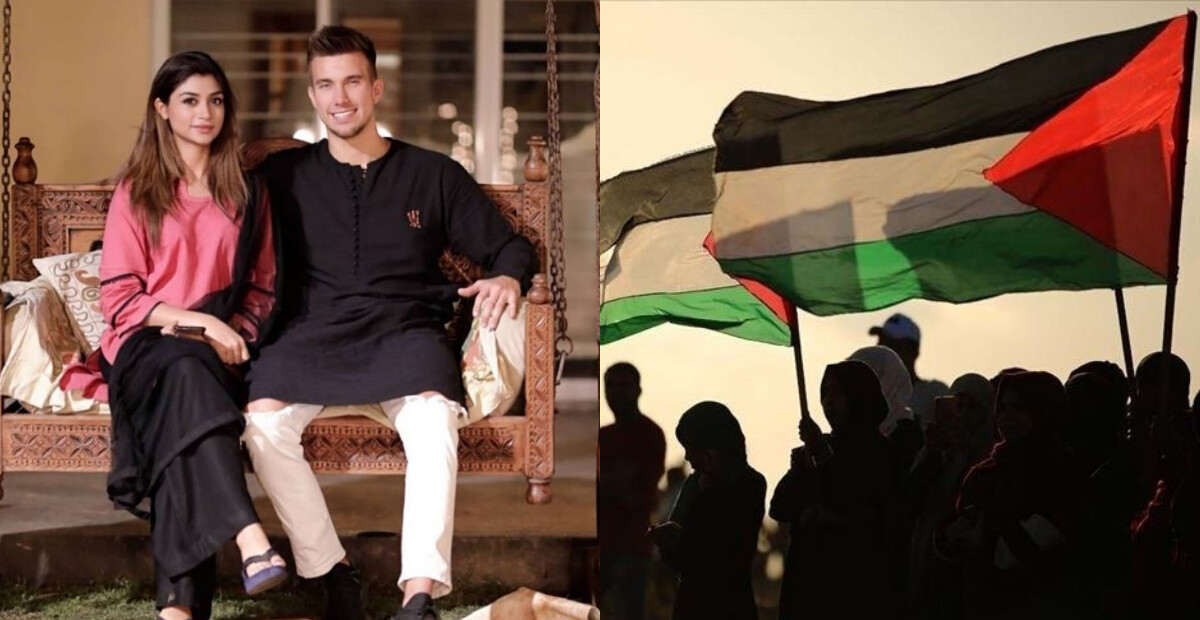 Palestine is bleeding and our hearts are hurting. Pakistanis are doing every possible thing they could to show support and solidarity to our Palestinian

'Insensitivity towards my religion': Pakistani actor calls off engagement...

insensitivity towards my religion, said Pakistani actor Zoya Khan on her parting ways with German Vlogger on Sunday

He should’ve used his words cleverly.

The points that Christian raised were not required right now. I mean we all are already going through a difficult time seeing our innocent brothers and sisters dying. And people right now are frustrated and vulnerable, whatever his intentions were but his statements put a negative impact on the people.

It was disgusting of him to say such mean things.

He definitely needs to learn how to put his thoughts into words that are not misleading, if thats what he claims.

totally agreed with what you said!

i agree with you!

What he said was wrong. Zoya did right by leaving him.

He was wrong obviously

Agreed! He was wrong.

Saying encouraging stuff will help motivate people to participate more in saving Palestinians from the barbaric nation Israel. Him degrafing third world countries and mocking them for praying is wrong and hurtful. I’m not sure about Zoya but if I was his fiance I would have definitely reconsidered marrying him

it was pretty demeaning.

He should have been careful with how he delivered his message

he should’ve structured his words intelligently

i agree with your sentiment, he should’ve acted maturely in my opinion. regarding zoyas decision i think it was right, one can’t cope with so much racism.