COSMIC WEB - One of the mysteries of Universe 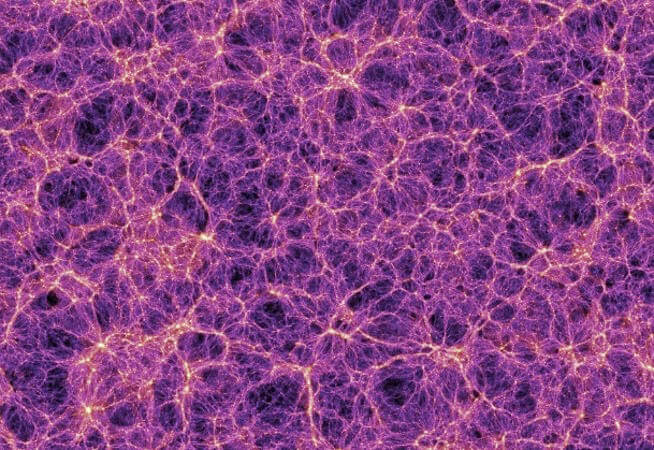 Let’s go deep into it, shall we?
According to an image obtained with the assistance of a quasar, a luminous object
Astronomers got to know that galaxies are embedded in a cosmic web of “stuff”, most of which is dark matter. The quasar illuminates a nearby gas cloud measuring two million light-years across. And the glowing gas appears to trace out filaments of underlying dark matter.

The quasar, which lies 10 billion light-years away, shines light in just the right direction to reveal the cold gas cloud

On the basis of the study of the universe’s architecture and computer stimulations, their result suggested that matter becomes clustered in filaments and nodes under the force of gravity, like a giant cosmic web. 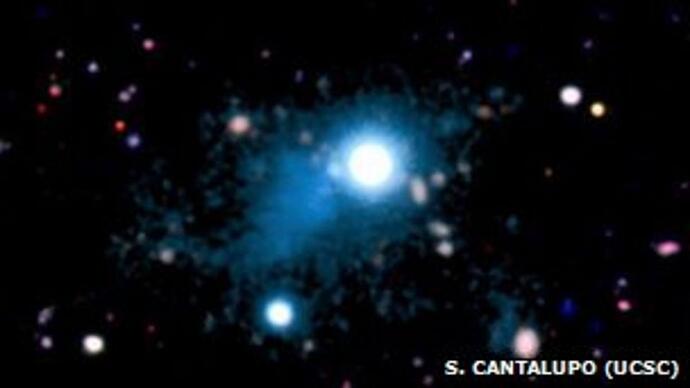 The new results from the 10-meter Keck telescope in Hawaii, are reported by scientists from the University of California, Santa Cruz and the Max Planck Institute for Astronomy in Heidelberg.

They are the first direct observations of cold gas decorating such cosmic web filaments.
The cosmic web suggested by the standard model is mainly made up of mysterious “dark matter”. Invisible in itself, the dark matter still exerts gravitational forces on visible light and ordinary matter nearby.

Massive clumps of dark matter bend the light that passes close by through a process called gravitational lensing, and this had allowed previous measurements of its distribution.

For sure, our universe is yet a mystery to be resolved.