Deja vu! ( repetation of a moment)

DEJA VU
It is a french word which means already seen. Sometimes we feel that we have already experienced this moment of life or this thing has already happened sometime in the life exactly the same way. There are many different types of deja vu but keeping this article short it is a sensation of repeatation of a moment.!!

According to experts like [Dr Akira O’Connor]), senior psychology lecturer at the University of St Andrews, déjà vu – the French for ‘already seen’ – is not only a feeling of familiarity, but also the metacognitive recognition that these feelings are misplaced. 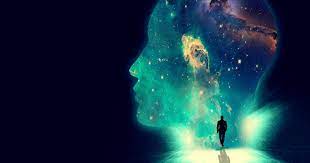 According to experts it is not anything related to any unhealthy brain or memory issue but it is very difficult to study because deja vu can occur anytime and anywhere.
But there are many theories which try to explain this phenomenon and a few of them are:

if anyone interested, he/she can check further details from the links provided.