Denmark to Sahiwal; 60-year-old woman comes to marry love of her life 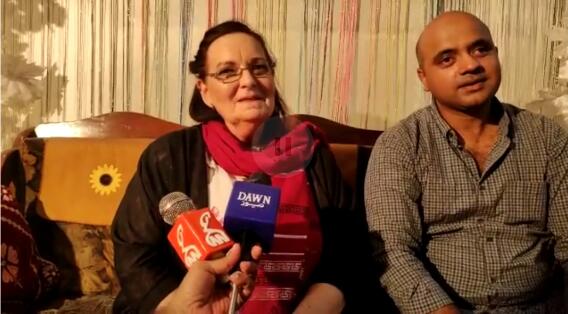 Sahiwal; Love for her Pakistani beau, compelled a 60-year-old Danish woman, Kristen, to come to Chichawatni for tying knot with him. 40-year-old Maroof, the lucky man, met Kristen for the first time in Malaysia when he used to reside there for studying. One meeting led to another, another to another and this persistence in meetings led to Cupid shooting his arrows, resulting in both falling heads over heels for each other. But, like we have seen in romance drama feature films, scriptwriters add a temporary moment of separation to heighten the tension. Here the scriptwriter that writes scripts of everyone’s life, included that touch too. 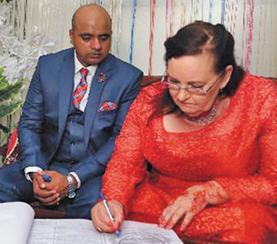 Mohammad Maroof had to come back to his native land after his studies finished, leaving Kristen behind, yearning for a reunion. Soon it became apparent to her, Maroof won’t be visiting owing to his forever engaging familial duties back home. Kristen then decided to perform the noble deed of unification herself, she flew all the way to Chichawatni, crossing all borders, all oceans and all hurdles that stood in way. A simple marriage ceremony later took place in groom’s home and the love story climaxed with a happy ending, as is the norm (unless you are watching a romantic tragedy).

Kristen told media, she hasn’t changed her name, neither converted to Islam. She is a Christian, a follower of one of the four holy books, thus interfaith matrimonial relations with Muslims can take place without converting. Newlyweds had also gotten a fatwa issued by mufti sahab prior to becoming life partners. 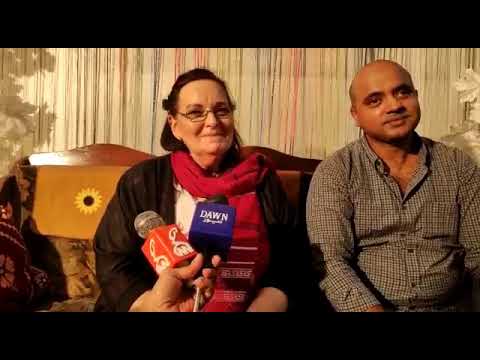 There have been some cynical remarks from online trolls, alluding the groom is doing this for European citizenship because of the old age of bride, however, the mutual affection shown by couple seems to be rubbishing the gossip.