Disability does not hinder success: Proves an artist of Saudi Arabia 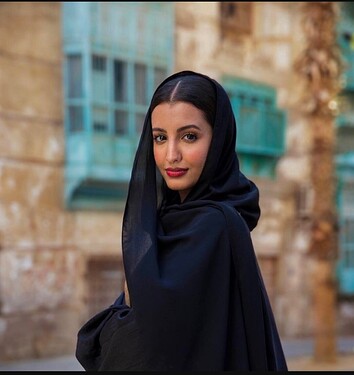 IMG_20210116_2047241080×1144 132 KB
Nujood Al-Otaibi, belonging to the area of Taif in Saudia Arabia is deprived of hearing. She started losing her hearing at the age of about 5. Initially, this disability was assumed to be a common fever but progressively it worsened and she required a hearing aid.
According to her the village she belonged to had a lack of awareness about hearing disabilities and over the years she had learned reading lips which is the conversation of the soul.
She belonged to an artistic background, her father being an artist.
“My father is an artist and I remember seeing him painting from a very young age,” she said.

She soon found stimulus in the hyperrealist movement, a genre of painting and sculpture which, resembles a high-resolution photograph on the surface, but on intimate inspection captures an intense emotional narrative.
Al-Otaibi created her first artwork, an oil painting titled “Peace” which was a combination of flags of three middle-east countries at the age of 16 and another depicted the 9/11 attacks but none of the two got recognition in Saudia.
Afterward, she moved to the US where at Wisconsin she spent 8 years learning art and design and this is where she explored her love for hyperrealism and did wonders.
In Saudi Arabia’s increasingly passive and inclusive atmosphere, Al-Otaibi has discerned her artistic career blossom. She crossed a substantial personal milestone when Jeddah’s Athr Gallery exhibited one of her paintings — a self-reflection influenced by her hearing loss.
She is now all set to conduct her first solo exhibition.
“I never expected that one day I would showcase my artwork representing my disability,” she said.