Dog and her puppies save abandoned child's life by providing warmth 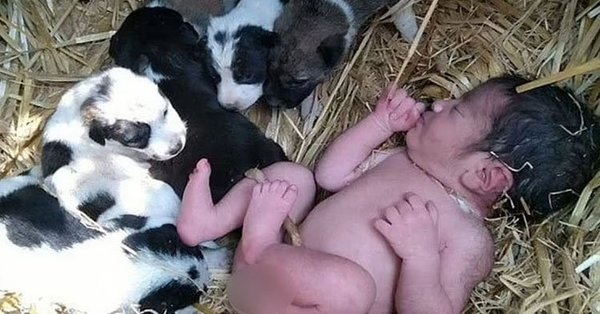 A bare-skinned newborn girl was safeguarded and provided protection from cold whole numbing wintry night by a female dog and her litter after some hard-hearted person had abandoned her beside fields. It happened in India’s Chhattisgarh state’s Saristal village, the unadulterated, stark humanity display more than the humans themselves has amazed and appalled villagers, appalled for the animals did what they should have done.

Details divulge the infant was left in a corner, on dried grass bed nearby a sugarcane field. According to local farmers of Saristal, they heard distant baby cooing at around 11 am in morning while busy working, following the cooing sounds they discovered the shelter and had their jaws dropped to floor on seeing the newborn child casually laying around, surrounded and partially covered by puppies. 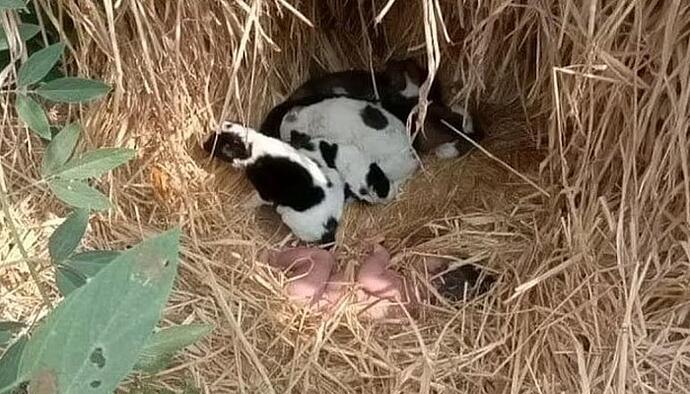 Abandoned child was hurried to hospital, where she has been declared healthy, exhibiting no signs of any illnesses or complications despite being outdoors for hours, without any clothing, in the middle of frosting weather, something that even adults are having a hard time combating.

Doctors suggest the cosiness from dog and her pups’ bodies supplied baby the necessary heat for survival, and dog sitting around, guarding after like her own litter, shielded human young one from outside threats as wild animals and reptiles. They theorised mother dog’s inherent maternal instincts kicked in seeing the human child among hers, who, safe to assume had been there for long enough a duration to have gotten covered in their scent, hence she was treated by dog as her own brood and by puppies as fellow littermate. 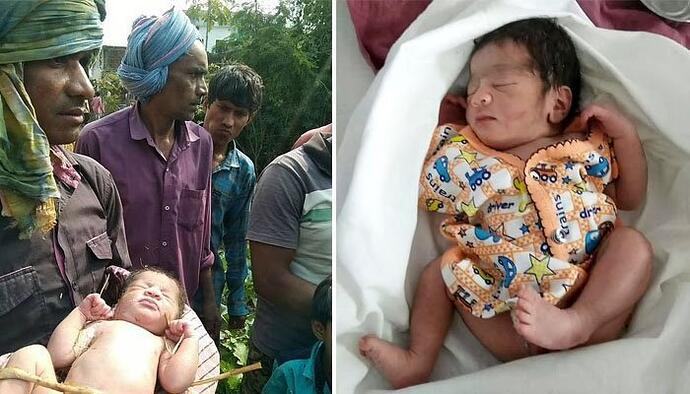