Actress Angelina Jolie and her kids are ready to testify with proof against world renowned actor Brad Pitt. Their oldest child, Maddox-Jolie-Pitt has just testified against his father in court.
Jolie and Pitt started dating each other in 2004, when rumours spread that Brad wascheating on Jennifer Aniston. 10 years later, in 2014 the couple got married. In 2016, the couple decided to seperate.

An insider has reported that “Over the past four and a half years there have been a number of claims made by Angelina that have been reviewed and not substantiated,” the insider says. “The children have been used by Angelina to hurt Brad before and this is more of that behavior. This leaking of documents by her fourth or fifth set of lawyers has been done to hurt Brad."

Jolie’s lawyer says that Jolie, and her kids have solid proof to support their allegations! 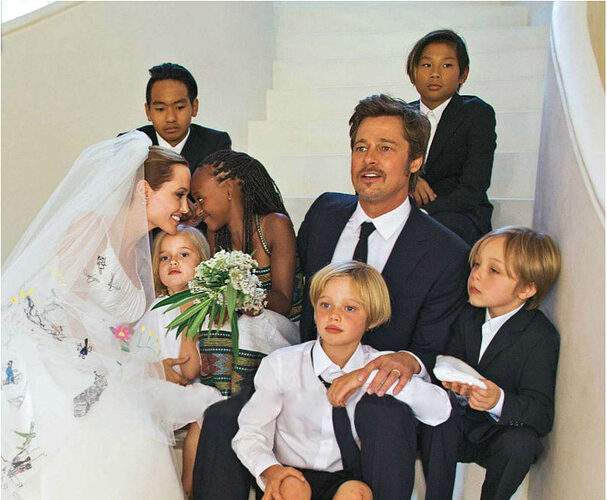 Woah. Why didn’t i know this

Glad I could be of service!

This is so ironic. It was a common notion that least developed countries face such problems but here shatters the image. Even Angelina Jolie is not safe.

After what happened with Johnny Depp, I for one would never pick a side before official judgement in domestic violence cases. Let’s see how it goes down the road.

When dis this happen??
I hope the truth comes out soon

Woahh this is eye opening stuff!!

Yeah… it is certainly not right for us to be the judges.