Due to unemployment, man jumps off from third storey of Karachi’s mall to commit suicide

KARACHI: In a tragic event, a man allegedly committed himself by jumping from the third story of a shopping center in Karachi, according to ARY NEWS.

According to reports, a 29-year-old man named Zaheer leaped from the third floor of a retail mall in the Gulshan-e-Iqbal neighborhood.

The CCTV evidence appeared to show that the boy committed suicide, but police authorities stressed that the matter might be cleared up if the family makes a statement.

The body was taken to a hospital and will be returned to the family after medical and legal procedures were completed. 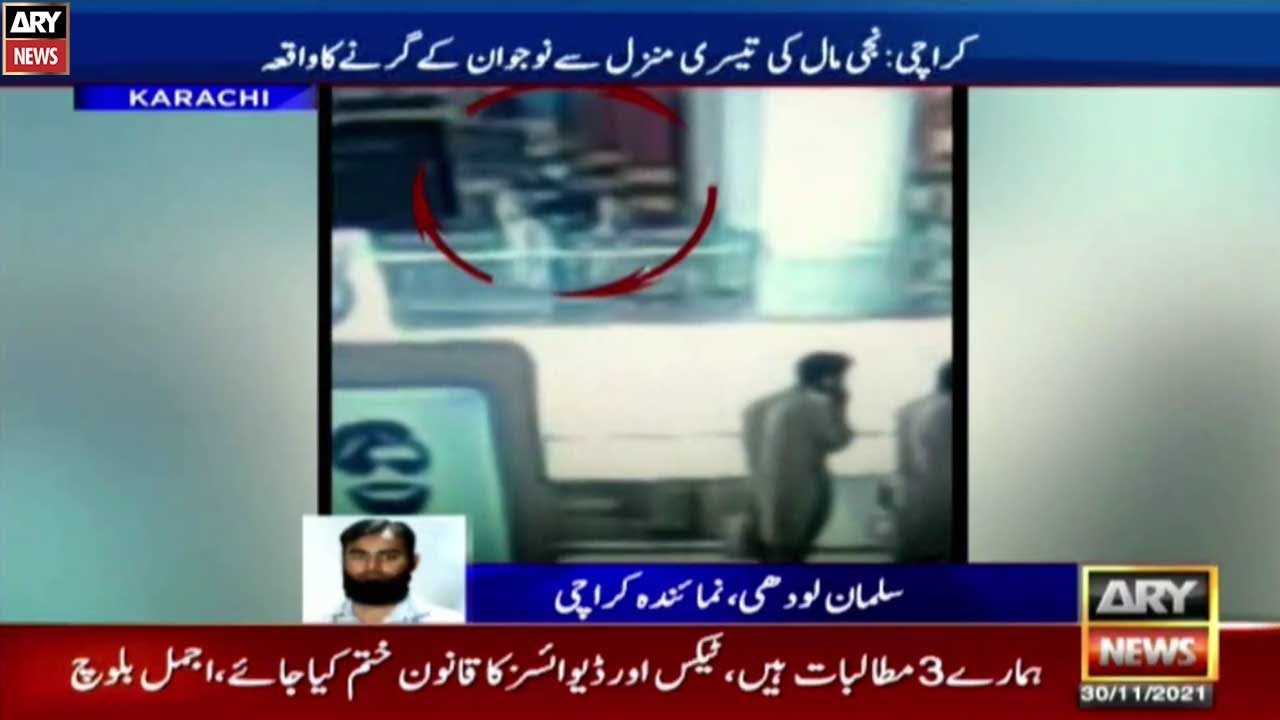 Two videos have also been circulated, one of which shows the boy erecting a grill on the third level and leaping from it. Another video showed the man’s body laying on the ground floor, surrounded by onlookers.
He was survived by four children, according to a friend, and was facing financial difficulties as a result of his unemployment. He became psychologically ill as a result of rising inflation and rising gasoline prices, as he was unable to repay his loan and feed his family.

In a similar incident, a journalist in Karachi committed suicide due to unemployment, inflation, and the burden of debt.