Effects of movies? - Like Romeo and Juliet, young couple kill themselves on girl's wedding 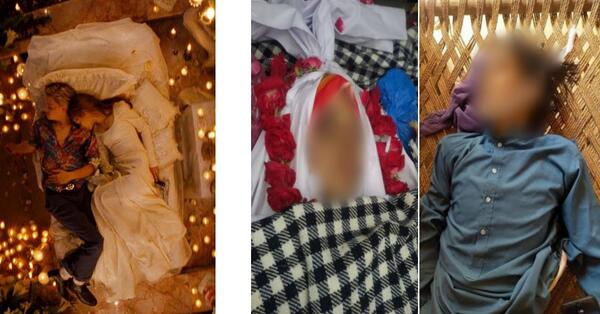 The saying ‘Young love is stupid’ is said for a reason, there are times when their feelings get the best of them and young people tend to make critical decisions on whim, disregarding the drastic after-effects completely. Just like Faisalabad’s young couple, Adnan and Muqaddas, who are among us no more.

In the village Chak 21 GB of Jaranwala, Muqaddas Bibi and Adnan Ramzan loved each other, they wanted to get married one day, giving their relationship official status. But, the long-surviving eastern tradition of arranged marriage became the thorn in their side, couple’s parents declined giving their unification the seal of their approval. Muqaddas was decided to be hitched with a man her parents had selected for her. Come the fateful day at bride’s house, tents were set, ornaments put up and venue ready, all eyes were so immersed in awaiting groom’s arrival that they altogether missed the unfateful turn fateful day had taken. Muqaddas, in a fashion eerily similar to leads of Shakespeare’s tragic magnum opus Rome and Juliet, took her life along with her lover by swallowing insecticide pills. Just like that, a house resonating with sound of cheerful music aloud became echo chamber of gloom, producing nothing but mournful groans drenched in grief and regret. 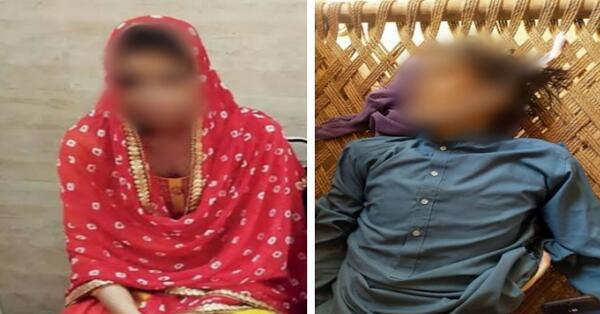 Grieving family members opine movies inspired young couple to go to this extreme, they have been normalising, glorifying mutual suicide pacts since forever like it’s something brave or praiseworthy. Whilst it’s true since Shakespeare’s original work’s publication, countless Rome & Juliet adaptations have graced theatres, cinemas and home entertainment devices everywhere in world, it could subconsciously or consciously plant an idea into minds of youth for seeing simultaneous self-killing as a reasonable solution. But the blame doesn’t lie solely here, blaming only entertainment, and at the same time glossing over the fundamental source, “forced marriages”, isn’t any different than treating cancer with cough syrup.