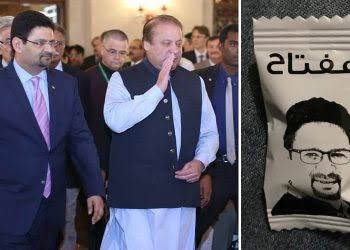 The crucial NA-249 by-poll in Karachi is to be conducted on April 29. In this state of affairs candidate of the Pakistan Muslim League-Nawaz (PML-N), who is the proprietor of Ismail Industries — the parent company of Candyland and Bisconni — has a surprise for constituents.

In this intense electioneering environment, Ismail, who acknowledges that former prime minister (PM) Nawaz Sharif is the most popular leader in the constituency, has introduced a
a campaign by launching a candy wrapped in Nawaz Sharif’s name.
The former minister has introduced his favorite product in limited-time packaging for residents in the constituency he’s competing in. The packaging also has a portrayal of the ex-finance minister’s face.
For details head to: 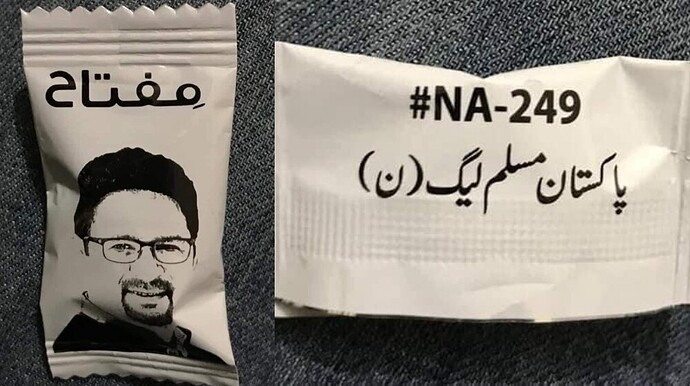 Former finance minister Miftah Ismail has launched an interesting election campaign for the upcoming elections in NA-249. The owner of Ismail Industries — the parent company of Candyland and Bisconni is offering a sweet deal. Miftah

Hope no one sells their vote for a candy but otherwise it is a good marketing campaign idea.

Are children going to vote?

The most unique campaign

Let’s see if they win

Are children going to vote?

Not children but general PML-N supporters have just that much intellectual ability or maybe even less.

This is actually nice