Extremely Rare Long Comb Sawfish Caught at Pak-Iran Border! Have You Ever Seen it Before?

Ocean is full of beautiful aquatic species. Some of them are common and some are very rare. It is also a wonder of nature. Furthermore, an extremely rare long comb sawfish caught at Pak-Iran border by fishermen. It is scientifically known as Pristis Zijsron according to WWF-PAKISTAN. Interesting huh! 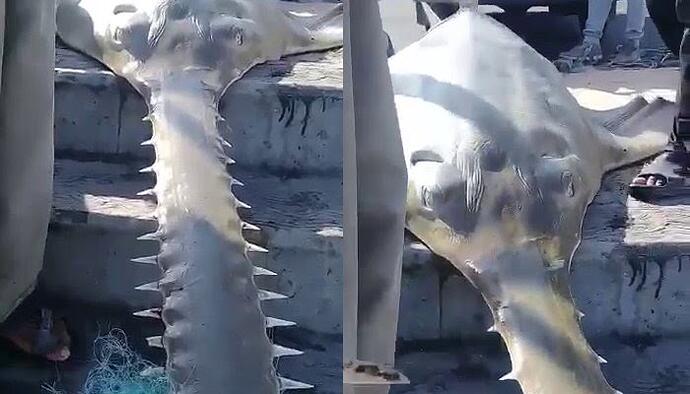 In addition to this, WWF-PAKISTAN Technical Adviser Moazzam Khan said that the discovery of the sawfish is a prove that the rare species are still found in the Pakistani waters and proper steps are needed for its survival. 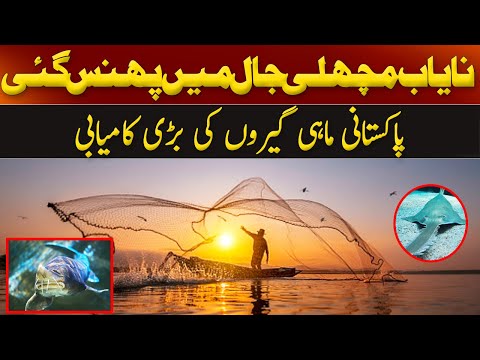 On the contrary, population of sawfishes has also decreased because of overfishing and habitat degradation. Sawfishes have a long narrow, flattened rostrum or rose nose extension with sharp traverse teeth resembling a saw. Also they can easily be entangled in a net.

To sum up, the major reason for the extinction of the species is a large amount of plastics in the ocean. Plastic has been damaging the marine lives. Rare species have become extinct. We need to take a look at this and try to stop people from throwing plastics into the ocean.

Have you ever seen such rare sawfish in life? Let us know in the comments section below.