Failure: full stop or an opportunity

Failure is something that can neither be touched nor be seen but still it is something, many people are afraid of.
There are approximately 7.8 billion people in the world and do you know all of them have faced or will face it at some point of their life. But there will be only one difference which is in which manner they take it. It is said that:
Beauty lies in the eyes of beholder
Similarly, For some it is like a full stop in their life. They start thinking that they cannot do anything. They are useless.
But for some, it will be a start of new life. Of a new life, in which they will work on themselves to improve. They take it as an opportunity.
Many people or almost everyone have a thinking that failure should not be an option but failure should be an option. You should be prepared for it because if you are prepared for it, it will be easy for you to face it.
According to me if a person succeeds in first attempt he don’t learn something new. Instead, he utilizes his old skills. But if a person fails, he will learn many new things.
Hope you like it. According to you what is failure? Tell me in comment section. 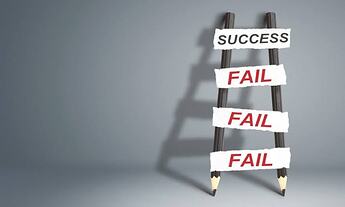 Indeed, failure is a condiment in the recipe of success.