Father-to-be dies of electrocution in rain due to negligence of K-Electric. Why is life so unfair to some?

Why is life so cruel and unfair to some? We usually ask this question but hardly find the answer. Why isn’t life going the way we planned it. Why it always rains the hardest on those who deserve the yellow sun?

The monsoon, on one hand, is a source of happiness, but on the other, it is becoming a source of sorrow and distress to some.

On Monday, the first monsoon rain hit Karachi, caused massive damage to the civilians and power systems. As usual, people have been stuck in heavy traffic jams for hours because of flooded roads and streets and power outages.

Another rain, another life taken by the brutal system of Karachi.

A young man died from a fatal electric shock Electrocution in the Hussianabad area, just when his son was entering this world, near the hospital where his expecting wife was about to deliver his first baby. The body of the deceased was found floating over the surface of rainwater alongside his motorbike.

WARNING: Some viewers may find the content of this video disturbing. Viewer discretion is advised. 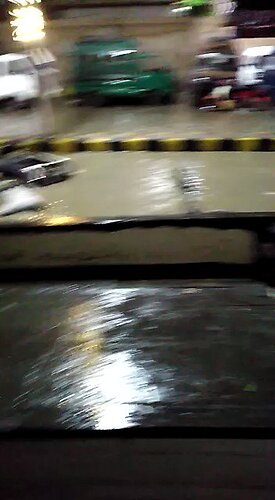 Syed Zafar Abbas, the General Secretary of Jafaria Disaster Cell (JDC), shared the details of the fatal incident on Twitter. The deceased identified as Raheel was a resident of Hussainabad. The father-to-be, unfortunately, became a victim of electrocution on Hussainabad’s main food street while heading towards the hospital for his child’s birth. 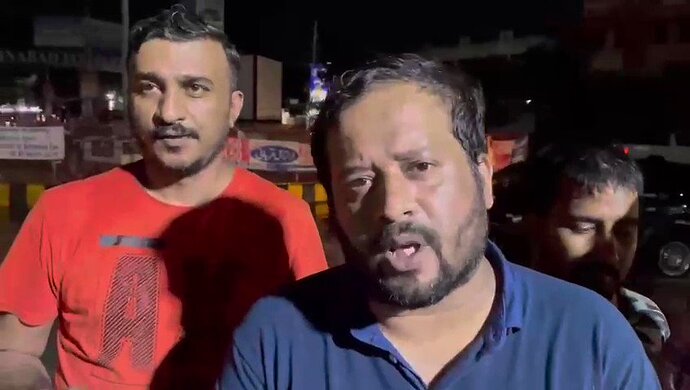 “Exactly 10 minutes after he died, his child came into this world and his pregnant wife was admitted to a hospital in the next lane,” says Abbas in his video. 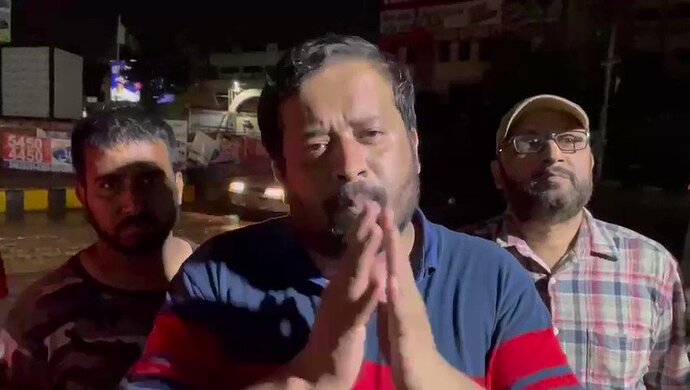 “He used to work in a shop in Karimabad here and made Rs15,000,” he adds. “He was going to see his wife in the hospital since an hour was left in the birth of his child. But he could not reach his wife or child since he was lying here dead."

The news and social media platforms are flooded with images of the havoc in Karachi. In recent years, Karachi has suffered from a number of the worst weather conditions experienced in Pakistan. The drought may have diminished this year, but severe rains have replaced it, causing severe floods and roadblocks in the city. The roads are languishing and authorities are not stepping in to take charge of the situation.
K- Electric should have insulated the bare electric wires and have made their structure rainwater proof. The Sindh government should have given attention to the draining system of water. If it was perfect there wouldn’t be the chance of his death.

Every soul has to taste death one day and we all have to be answerable for all the powers and responsibilities we have. Government should take this into strict consideration to avoid any further havoc in the future. 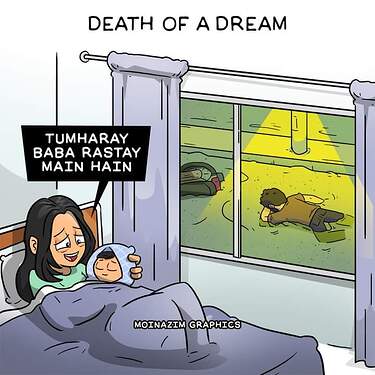 One day the little one will ask, mama where is baba? Why he’s not with us? Who will be answerable to him? Just because of the negligence of the Sindh government, his father lost his life.

What do you think of this story? Let us know in the comments section below. Who do you think is responsible for the incident?

Oh my bad!! This is really disturbing

One day the little one will ask, mama where is baba? Why he’s not with us? Who will be answerable to him? Just because of the negligence of the Sindh government, his father lost his life.

Your words just touched my heart, hope the government too understand the depth of this fatalness.
Death is inevitable!! But we should keep in mind the cause of the havoc too.
Authorities should keep this in consideration! The little one should be given justice. As the human activists are in process of calling major powers to have an eye over this matter.

How fascinatingly you described the whole scenario!!

Indeed! Death is unavoidable. But we can’t blame the fate every time. There is always a reason behind every occurrence. We can’t neglect that.

In’ Sha Allah I pray may the authorities soon realize their negligence and take strict measures to avoid any havoc in the near future.

Ameen to your words!!

Until when? They will not wake up until such a thing happens to any of them.