Filmy scene in DHQ Hospital! Man enters ICU on a motorbike, takes sick mother and leaves her in another ward 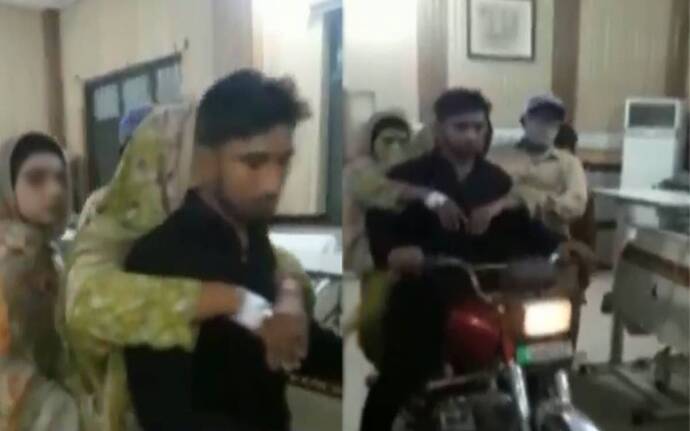 All of you have witnessed a filmy scene several times when the hero enters on a bike in a heroic style. But you haven’t envisioned this scene picturized in a hospital. Yes, you read it right! A filmy scene in a hospital.

A video went viral on social media in which a young man can be seen entering various wards of Sheikhupura Government Hospital in a filmy style on a motorbike. 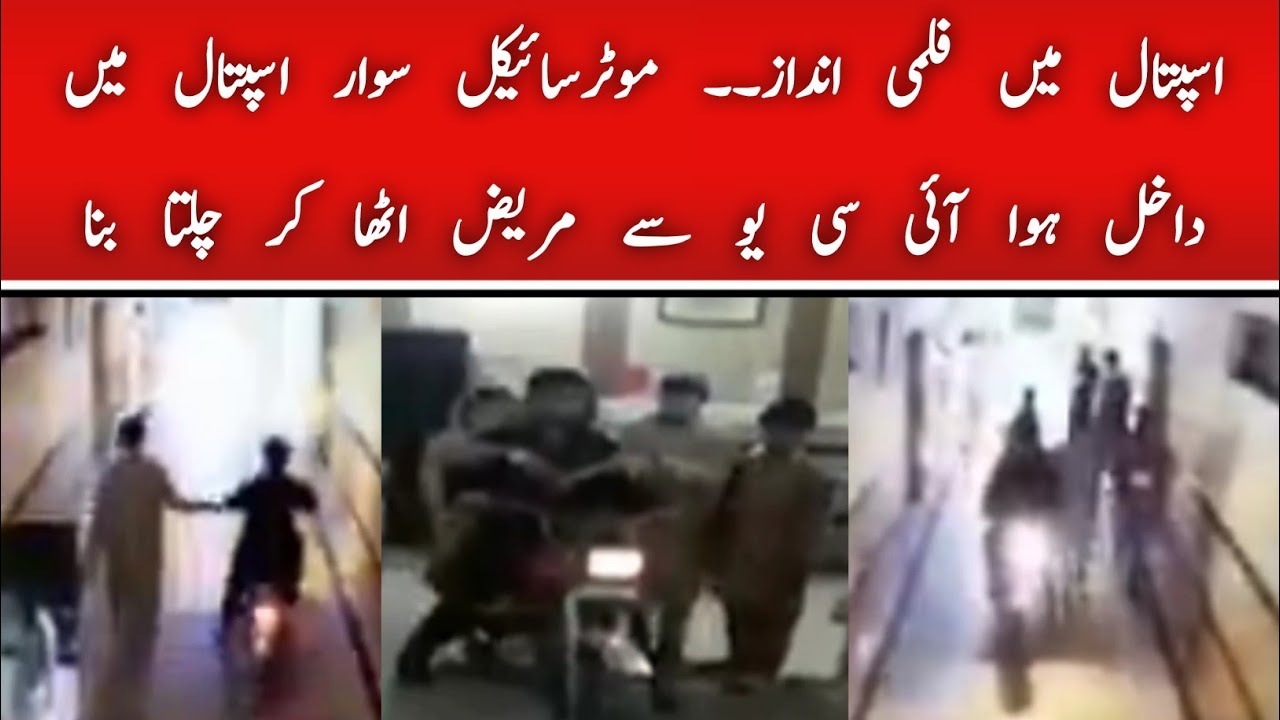 According to details, the first incident of such kind took place in Sheikhupura Government Hospital in Punjab. CCTV footage shows a young man on a motorbike entering the hospital building with his partner on a motorbike and passing through various wards to reach the ICU. He stands up there and puts her sick mother on a motorcycle and then leaves her in another ward. The hospital staff was also present in the ward but they didn’t even try to stop the young man and no one asked him how he can take the patient on a motorcycle?

When the video of the incident came to light, MSDHQ Azhar Amin ordered an investigation, saying that action would be taken against the employees of the hospital involved in the incident. The management responsible for the security of the hospital will also be written to be blacklisted. 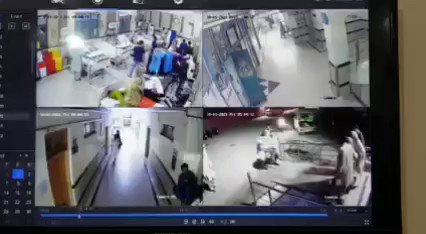 Although a filmy scene but clearly highlights the negligence of hospital staff. 🥲