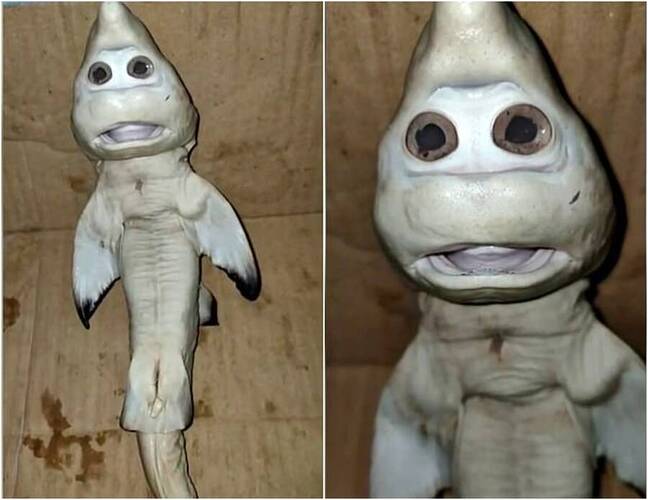 he fisherman, Abdullah Nuren, made the strange discovery near Rote Ndao in the East Nusa Tenggara province of Indonesia. He was collecting his nets when he noticed that he’d accidentally snared an adult shark. Nuren cut the shark’s belly open, and found three “pups” inside.

“I initially found a mother shark caught in the trawler net,” Nuren explained. “The next day I split the belly of the mother shark and found three pups in the stomach. Two were like the mother and this one looked like it had a human face.”