France President slapped in the face 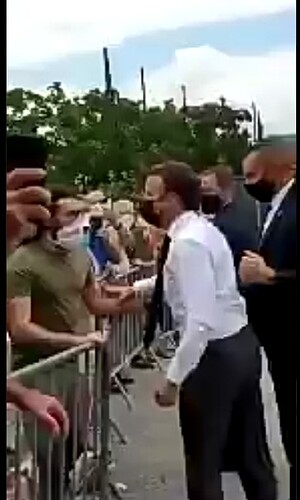 IMG_20210608_210957_571365×607 40.7 KB
French President Emmanuel Macron has been slapped in the face when he was on official visit to southeast France. The man shouted, “down with Macron-ism”, as he slapped the president. As, yet, the motive and identity of the man was unclear.
France Politicians are quick in denouncing the incident.
Prime Minister told the National Assembly shortly afterwards that while democracy means debate and legitimate disagreement “it must never in any case mean violence, verbal aggression and even less physical attack”.
It is ironical that now French government advocates that democracy means debate and legitimate disagreement but their rules for Muslims are dictatorial.
Source : 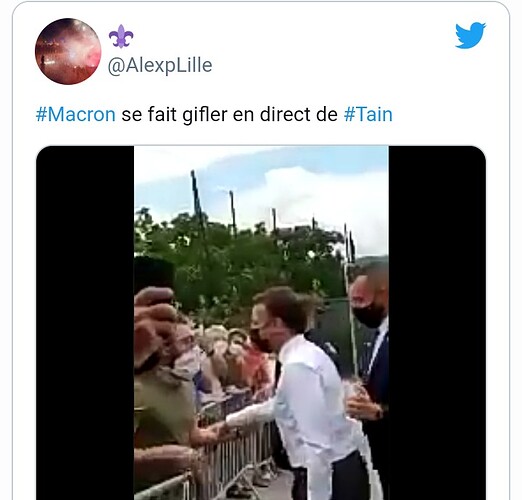 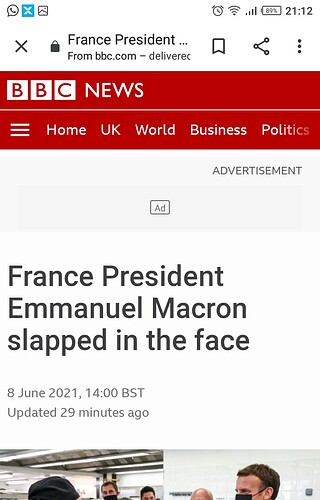 It is really true.

I hate Islamophobia as much as the next guy but violence always begets violence. It complicates a lot yet resolves nothing.