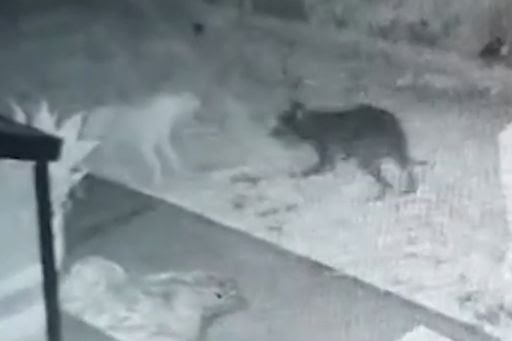 A bone-chilling CCTV clip has been circulating on social media in which it can be seen that a black dog is playing with a white transparent dog. Both can be seen barking at each other.

The hair-raising incident took place in Melbourne Australia where a man DeMarco claimed that his security camera captured a mysterious ‘ghost dog’ playing with his pup. He was shocked after watching the creepy footage. 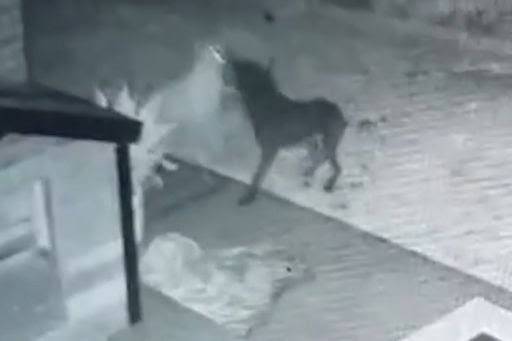 In addition to this, DeMarco said that his backyard garden is fully secured by a high-locked fence, meaning that there is no possible entry point for another animal. In contrast to this, the clip clearly shows two dogs. 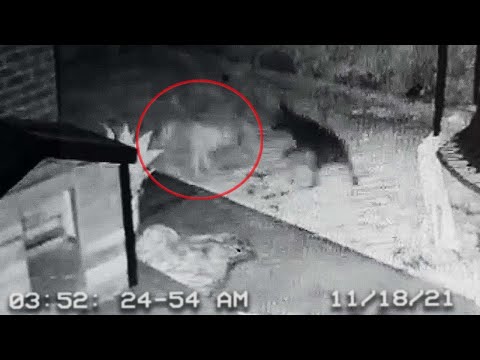 The dog owner went outside to check but interestingly the white dog just appeared in the footage and was not spotted there.

“I was out in the garage having a cigarette when one of the four live camera streams caught my eye.”

“Ryder was running around like he was playing with something or someone which isn’t normal behaviour for him, especially at that time of the night.”

“I was confused and in shock when I saw the footage because I knew Ryder was alone but had a playmate for a minute that then disappeared into the darkness.”

To sum up, people are calling this a paranormal activity. How can a dog be seen in just footage and then disappear mysteriously? Was this supernatural? It’s kinda scary huh!
Anyways, do you guys think the same? Let us know in the comments section below.