Have you or anyone close to you seen a Jinn? Share an experience! 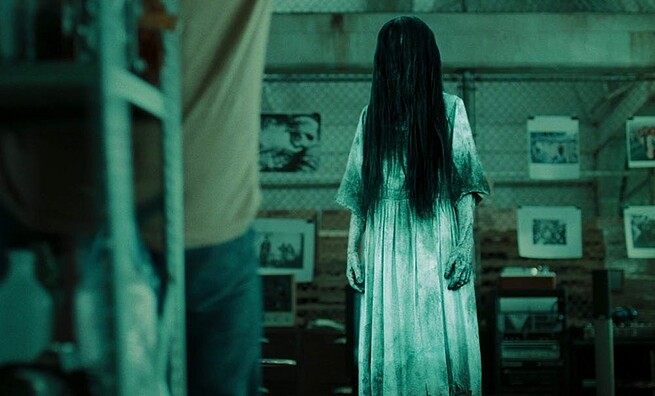 Replies that are off-topic or offensive or add no value to the discussion will be removed.

This topic was suggested by: @dewdrop

I had a cousin who claimed to see jinns. She would starting screaming in gatherings and public places and point in arbitrary directions complaining about the presence of scary figures. Then at the end she would faint and got normal after attaining consciousness.

Also my grandmother said she would hear noises of someone walking in the house while there was no one in the house.

How can be it possible that you belong from a Desi family and u don’t have a horror story?.
I have heard from my uncle’s wife. She is from Karachi. His father used to do a night job on thoes day’s. He was coming back home around maybe between 3am to 4am. He had a bicycle. And that time the area wasn’t too much crowded in comparison to today’s Karachi. In the middle of the way there was a graveyard. When he was passing through the grave yard he heard some strange voices. But he didn’t stop. Because they say if you stop or look back these things hold you back. He increased his bicycle speed. Then he heard some foot steps running after him with full speed. He was sweating but he didn’t look back. Finally, the graveyard passed and the voices stopped. And he reached home safely. Then he wrote a letter to his company he can’t do a night job. And after sometimes they appointed him as a day worker.

If I had seen demons and spirits in my life , I would not be here today🤭

Yes! My cousin was passing through the cemetery. He was on a bike with his friend. His friend, asked him how many people he saw in the cemetery. My cousin replied five. When they were out of the cemetery , his friend said, “I could see over fifty people in there”

Yes such things happen in such places

As far as the facts are concerned, it is an inescapable fact that one of the creatures created by Allah is a jinn. The only difference is that these creatures cannot be easily seen by a human being.
But it doesn’t mean that human being cannot see such creatures. They can!

If I look at my family or relatives, one of my acquaintances who saw 3 dwarves coming out of his room in the middle of the night.

When family heard it for the first time, everyone was scared and obviously that uncle himself became a little cautious.
They contacted the imam of a nearby mosque.According to that Imam, there are two types of ghosts. One is of those who belong to the religion of Islam and the other is of those whose religion is not Islam .

“The creatures in your house are Muslims,” ​​he said.
Well, My relatives were bit satisfied because they were not harmed by these creatures, but obviously how can a human being live in such a place. Then they had to leave the mysterious house .

I’m very curious. How were dwarfs with respect to looks? But no I don’t want to know or see them .
Reason: It’s always adventures to hear such stories but when one have to face such situation , That’s a real frightening thing.

True we enjoy such stories but a person who faced can tell how scary these things are in reality.

I never have seen any.
But many of my elders have seen, in our haveli at village’s side. It is because the haveli was century old and now since 2 years no one lives there. But there was time, when we visited our grandparents and majority of my paternal relatives there. We all had great time and millions of memories in haveli. Stories about jinns was part of daily routine whenever we stayed there.

Allah knows the best, how many of those are true and how many were fabricated

Growing up in Murree, I have experienced quite a lot of paranormal activities.
This one particular story is a flashback of 2017, this gives me chill every time I think of it.

A little background, I lived in a two-story house with my parents and my elder sister.

It was mid-winter, I (14) went to bed early, I woke up in the middle of the night, turned on the lights to grab water from the attached kitchen. When I head back to bed I found my sister (quite a scaredy) wrapped in her blanket, face the other way, sleeping on my bed so I didn’t take much notice of it (turned off the light) and went on to put my leg on her and cuddled her. I felt weird because she looked stiff and strangely huge so I sighed and asked if she could relax cause my leg was hurting, getting no reply I turned on the side lamp, and there was NOTHING.
It scares me because whatever it was had middle length hair (unlike my sister who had a short bob) although I didn’t take notice of it right away but this thing haunts me to this day

I have not seen yet but, some times i realize that jinnat exists at my side

First of all, the jinn can not be really seen as in movies and dramas. They are probably invisible and if we can feel them then they might make something happen to show their presence. Jinn can be 2 types, friends and enemies. I have never experienced a bad jinn but yeah I have one jinn, in fact, a whole family of them inside my house. They show their presence by either making weird noises or make something fall. But they don’t harm us. This is all from my side😁

Actually in my life so far, I haven’t seen any of the jinn but the truth is i believe that they do exist and they are here in this world. But i have often seen them in my dreams.Anybody else had?

I would like to share a story when I was coming back from my Khala’s home, it was late at night, around 1. From a distance, I saw someone dressed in red when I reached a closer distance she was a woman dressed up as a bride. I started shivering, I rushed towards my home which was at a close distance. In between, I had a glimpse of her face which was black, completely dark. I was not able to sleep that night. It was really scary to witness something like that in my street.

Haha Yes, It was like a horror story coming true.

A distant cousin who I met with a while ago had something happen to his close friend. His friend lives in a small village in narowal, Punjab. His mode of transportation was a bicycle. He would always try to finish up his work in the field and come home before dark.
This one time he got late and was coming back home from his field after Maghrib. As he was cycling he crossed a wheat patch and could hear people laughing but there was no one to be seen. He also found it hard to ride the bicycle . It was as if he was carrying an immensely heavy load on his bicycle. It took the guy half an hour to cross the patch he usually crossed in ten minutes.
After that experience he never stayed out there late.

Yes, I heard such stories too​:heavy_check_mark:

and it’s a fact that jinns exist

but man should not be afraid of them, their power is limited