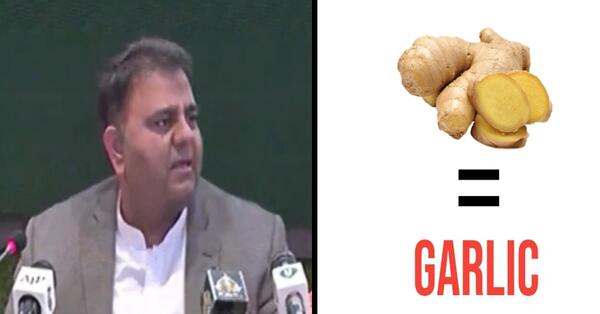 Information Minister Fawad Ahmad Chaudhry’s press briefing about cabinet meeting and regarding the decrease in prices of daily essentials got everyone’s attention but for all the unintended reasons. During the presser, when Chaudhry commenced giving details of Garlic (Lehsan) rates, he seemed to have trouble recalling its Urdu counterpart’s name, he appeared a little confused and despite people around him chiming Leshan, Information Minister went on to say Garlic is Adrak.

Is that a bad or shameful thing Mr. Chaudhry doesn’t know what’s adrak’s right translation? Absolutely not (pun intended). English is not his mother tongue, he is bound to make mistakes every now and then speaking a foreign language like the rest of us. Even the native English speakers aren’t exempt from errors, after all, to err is human. 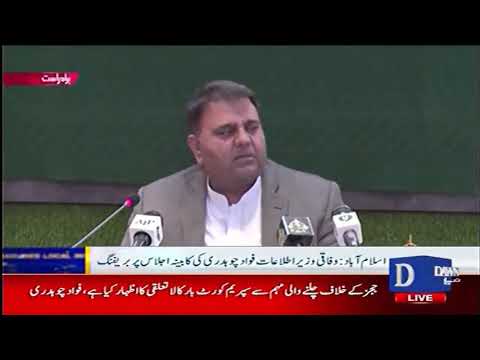 But is the mistake funny? Sure as hell it is! It’s perfectly okay to laugh at the moment without laughing at the person, as long as the person isn’t being mocked (which is sadly the route quite a lot of social media users and people in general have taken), nothing should come in the way of a hearty ha-ha.

English language, just as remaining 6499 languages of world is merely a communication medium, not a metric of judging someone’s intelligence. By producing a hilarious moment mistaking adrak for garlic at the occasion of said vegetable’s price drop, Mr. Fawad Chaudhry gave nation two reasons to be cheerful of instead of one.