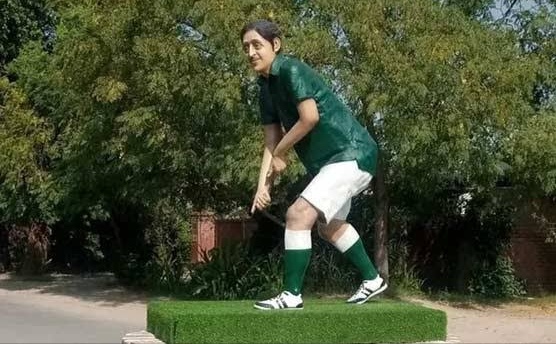 On July 18th, hockey stick and ball were stolen from legendary Pakistani hockey player, Samiullah Khan’s newly erected statue at Hospital Chowk in Bahawalpur. Which led to mass condemnations from people given how prestigious of a sports figure Khan is, having won the Hockey World Cup twice in 1978, 1982 and bronze medal in 1976 Montreal Olympics. He was also nicknamed “The Flying Horse”, owing to his spectacular speed and agility in the field.

Soon after, Bahawalpur Police nabbed the thief with the help of CCTV footages and took him to the spot of theft for a photograph in handcuffs to shame him for his despicable act of disrespect toward nation’s hero and to send message for everyone out there thinking of committing such incivilities. Safe to say the strategy didn’t work. 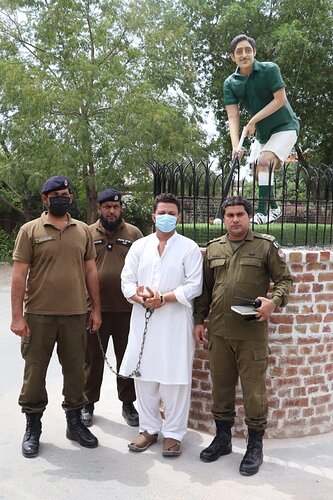 Because once again, for second time in a span of 7 days, the thieves have swept the sculpture’s belongings clean. Despite the fact, a brand new fence was built around it to avoid that. Police have issued the statement they will apprehend the perpetrators post-haste as they have security cam’s video feed. 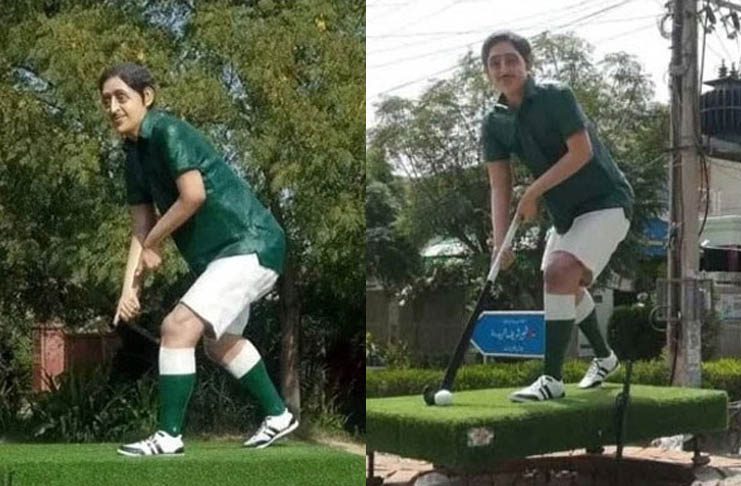 Catching the criminals is least of our problems here, it’s no secret they will be caught and sentenced just like the first offender, but what’s the guarantee there won’t be any third or fourth or fifth or sixth or the unending queue of thieves in future, wanting to rob country’s pride of his possessions, the same possessions using which he did the country proud so many times? Our moral bankruptcy is the bigger worry here, living were being robbed already, now we’ve descended to rob lifeless. These inanimate objects that we deem nothing beyond a chance to make some quick lousy bucks, represent someone’s hard-earned honour for our motherland by pouring their blood and sweat. 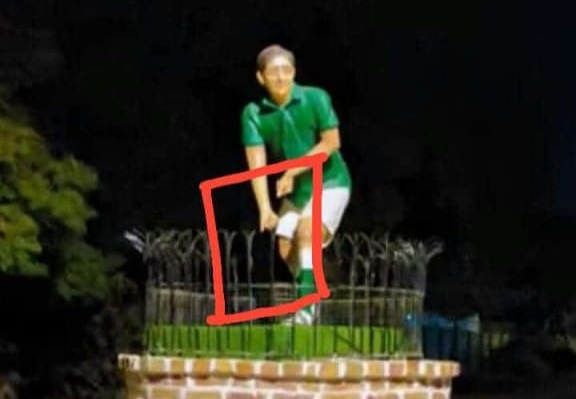 What an unfortunate time to live in, where a stick of wood and a piece of cork transcended our principles, revealed the rotten inside of our shallow ideals and showed what we didn’t want to see most; our blemished conscience.

What an unfortunate time to live in, where a stick of wood and a piece of cork transcended our principles, revealed the rotten inside of our shallow ideals and showed what we didn’t want to see most; our blemished conscience.